Mr. Todd Heckert of Venedy, departed this life in the Barnes/Jewish Hospital in St. Louis on Saturday, September 1, 2018 at 12 A.M. He had attained the age of 32 years and 6 months. 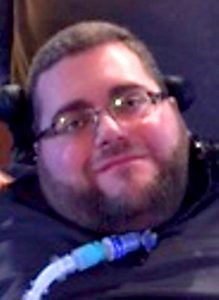 Todd was born in Nashville, on March 1, 1986 the son of Kevin and Michelle (nee Schmale) Heckert. He was confirmed in the St. Peter United Church of Christ in Okawville.

Todd was a 2004 graduate of Okawville High School and continued his education at Southwestern Illinois College in Belleville where he received his Associates Degree. He then transferred to Southern Illinois University at Carbondale where he was currently pursuing his Bachelor Degree in Cyber Security. Todd was an avid outdoorsman and enjoyed hunting and fishing with his dad and hanging out with his dog, Lucy. He also enjoyed cooking and giving his mom a hand in the kitchen and watching his sister Lauren play softball. Todd was “techie” and loved working on the computer and playing computer games. He was a member of the St. Peter United Church of Christ in Okawville.

Left to mourn his passing is his parents, Kevin and Michelle Heckert and his sister, Lauren all of Venedy; numerous aunts, uncles, cousins as well as a host of friends.

Funeral services will be held from the St. Peter United Church of Christ in Okawville on Wednesday, September 5, 2018 at 11 A.M. with Pastor Jeffrey Schwab officiating. Interment will be in the church cemetery.

Friends may call at the St. Peter United Church of Christ in Okawville on Tuesday from 5 P.M. until 8 P.M. and again on Wednesday from 8 A.M. until the service hour.

In lieu of flowers, memorials may be made to Spinal Cord Research at the Mayo Clinic, the West Washington County Unit School District Scholarship Fund or to the St. Peter’s Building Fund and will be accepted by the Campagna Funeral Home.