Mr. Herman Theodore Brand of Nashville, departed this life at Friendship Manor Healthcare Center in Nashville on Monday, September 3, 2018 at 4:40 AM. He had attained the age of 86 years, 4 months and 21 days. 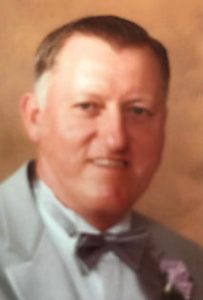 Mr. Brand was born south of Pinckneyville, at his home on April 12, 1932, the son of Henry and Edna (Hubler) Brand. He was united in marriage to Clara Bathon on May 17, 1961 at St. Bruno Catholic Church in Pinckneyville, and she preceded him in death on November 18, 1985.

Herman worked at the grain elevator in Pinckneyville for many years and he was of the Catholic faith.

Left to mourn his passing is his son, Roger Brand and wife Meschelle of Pinckneyville; a daughter, Diane Brand of DuQuoin; sister, Mildred Epplin of Pinckneyville; special friend, Mary Bielong of Nashville; nieces, nephews, other relatives and friends.

He was preceded in death by his parents, wife and sister, Marie Stein.

Per the wishes of Herman and his family, cremation was performed. A private graveside service will be held at a later date.

Should friends desire, memorials may be made to the St. Ann Catholic Church, St. Bruno Catholic Cemetery or Diane Brand, in care of Meschelle and Roger Brand and will be accepted by the Campagna Funeral Home, who is assisting the family with arrangements.