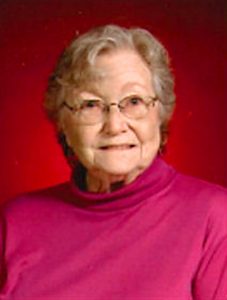 Jewell worked as an USDA Egg Grader for the State of Illinois for many years and was a member of the First Baptist Church in Nashville.

She was preceded in death by her parents, two husbands, three brothers, three sisters, son-in-law, Kenneth Gajewski and a stepson.

Funeral services will be held at the Campagna Funeral Home in Nashville, on Wednesday, September 19, 2018 at 11 AM with Rev. Scott Sharp officiating. Interment will follow in the St. Paul Cemetery in Nashville.

Friends may call at the Campagna Funeral Home in Nashville, on Tuesday from 5 PM until 8 PM and on Wednesday from 7:30 AM until the service hour.

Should friends desire, memorials may be made to the First Baptist Church or SSM Hospice and will be accepted by the Campagna Funeral Home.