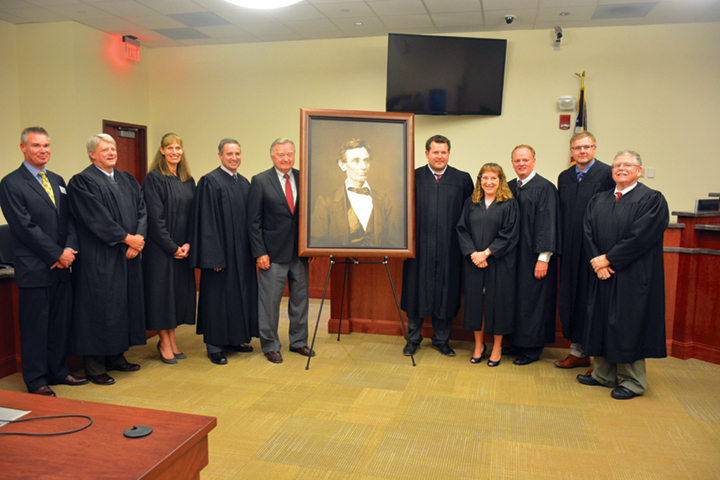 A familiar famous face will now be hung at the Washington County Judicial Center.

Several justices, officeholders and members of the community were present during an unveiling ceremony of a high quality reproduction of President Abraham Lincoln Friday afternoon.

The Illinois State Historical Society is leading a campaign across the state to place a framed copy of the picture in each of the 102 counties as a way to commemorate Illinois’ bicentennial anniversary.

The photograph was taken in Springfield by Alexander Hesler, a well-known photographer at the time. The picture was for the 1860 presidential campaign, and many historians consider it to be one of the best taken of Lincoln during his pre-presidential years.  Lincoln himself also reportedly thought highly of the picture, saying it was one of his favorites that had ever been taken of him.