Nashville Hornettes junior Rylee Luechtefeld put her name in the record books this past week as she broke the NCHS record for blocks in a season. Luechtefeld blocked five shots in the Hornettes win over Teutopolis on January 18 to break the record. Luechtefeld finished the game with 80 blocks on the season, breaking the previous record of 78 held by Erica Brown. Brown set the record during the Hornettes State Championship winning season of 2013.

Luechtefeld was at a loss for words after the game when talking about breaking the record. “It’s crazy, honestly. I don’t know. I’m speechless.”

Luechtefeld went on to say she knew she was getting close, and had her eye on the record for a while. “Straight out from the beginning of the season, I wanted that record.”

Hornettes coach Doug Althoff talked about how Luechtefeld has affected the game over the past few contests. “Since Carlyle, the second half of Carlyle, she has turned it up a notch or two, and it shows. It definitely helps our team when Rylee plays well.” 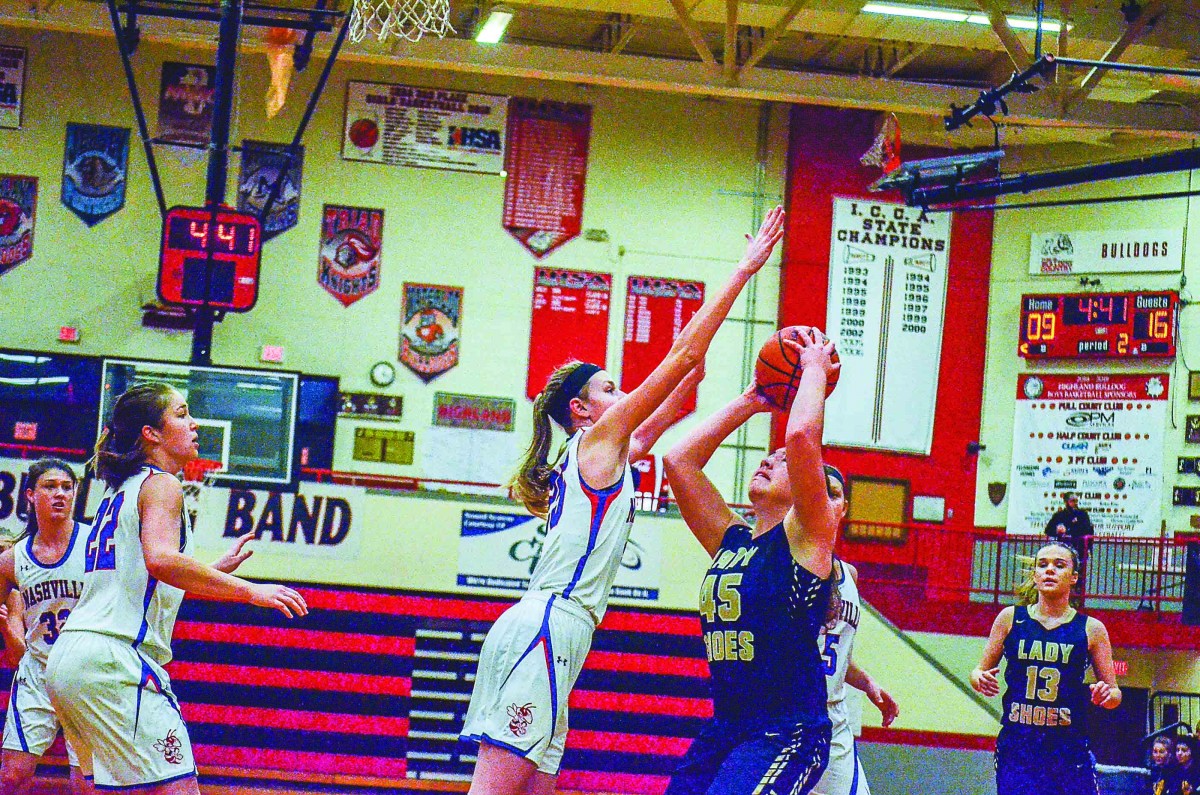 Rylee Luechtefeld goes up for a block during the Hornettes loss to Teutopolis on January 18.