Jenny Middleton will be on hand at the Nashville Public Library on Friday from 6 to 8 p.m. signing copies of her book “The Red Bra.” The novel chronicles the misadventures of a wayward piece of clothing.

Middleton of Nashville said the idea for the book began several years ago when she and her friend, Cindy, went to The Four Seasons hotel for New Year’s Eve. After a day of shopping, Middleton had picked out a sparkly red blouse and bra to match for the upscale evening.

While the blouse and the bra were kept in the back of a vehicle, Middleton noticed that the porter had opened and the bra was flapping wildly in the wind. Though she was able to retrieve the garments, an idea for a book sparked.

“I started to think, ‘What if it had gotten away?’” Middleton said. “So I wrote about it.”

“The Red Bra” answers that question with a humorous tale about the various conversations the undergarment observes while experiencing its newfound freedom. Middleton, who retired in May after 24 years as a junior high teacher, said in her research for her book, she paid attention to the many different conversations that women and girls had about their bras and bodies, from preteens and teenage years to adults. There are many about who is wearing a bra and who is not to size and everything in between.

Middleton said the title character has many snarky comments as she goes on about her day, which first drops her off in various places, including a high school football field and a wedding.

“There is a lot of humor in it,” Middleton said about her book. “My intent was to kind of help people not only see the humor in the situation but to know that our comments can hurt others.”

Middleton said she hopes the one lesson readers take away from “The Red Bra” is the ability to love oneself for who they are.

“I hope that they come out self reflection and their own body, no matter the shape, color or size,” she said. “You have to be comfortable in your own skin. But also to be mindful that words can hurt, and words can also help.”

And while her friend has passed away, Middleton said Cindy always encouraged her to finish her book and pursue her publishing dream.

“I think she would be proud of me,” she said. 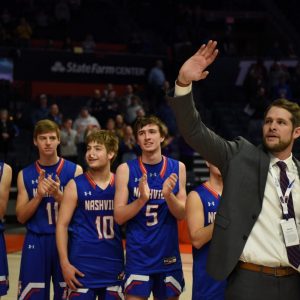