After deliberating for more than four and a half hours in closed session, the Nashville Community High School Board decided to retain Doug Althoff as its head coach for the Honrettes girls’ basketball team during its meeting on Monday, April 15.

The decision came after scores of supporters showed up at the board meeting. Several parents, former players and community members also backed Althoff as a longtime coach for the Hornettes program and mentor for the community.

Former player Reena Ruggles said: “Stripping Nashville of a coach like Coach Althoff would be detrimental to more than one athletic program at Nashville High School.”

Parent Jay Shubert said he felt “ashamed” when he learned that there would be a discussion to no retain Althoff as the head coach.

“I’ve always felt that my high school shared similar principles, namely setting the expectation of excellence and pushing our kids to achieve that excellence,” Shubert said. “You can see this on display everywhere, from our academics, the band and, of course, our athletic program.”

Former player Brittany Pinski said she witnessed first hand Althoff’s love for the game and his dedication toward his players. She added that not keeping him on to coach the Hornettes would be a “horribly poor decision.”

“While playing for him, I learned so much about the game itself and myself,” she said. “He pushed us to levels that we didn’t even think that we had, and that alone, seeing that in us, proves he’s a good coach… [It’s] a horribly poor decision to take this from him, when there are still a lot of young players who can still learn from him.”

Parent Blake Ahlers added that his daughter Libby is part of a senior class that has been coached by Althoff for all four years of their high school careers. He said he has watched his daughter grow as a player and earn her spot on the varsity squad.

“With all of the girls’ accomplishments as well as Coach Althoff’s accomplishments this year, I would hope that the season would not end with a black cloud over its head,” Ahlers said.

Krystal Althoff was the last one to speak in the public comments. Althoff spoke about how the program had been an important part of her husband’s life for the last 20 years, how there is a room dedicated to the teams he had coached and that he had made personal sacrifices for the program over the years.

“But seeing his eyes light up before a game and how passionate he is for the season makes it all worth it,” Althoff said.

She said over the past few weeks, they learned that a meeting had been called that Doug Althoff was not allowed to attend. They also never learned what parents had lodged the complaint.

“And now the door has been open, the bell can’t be silenced,” Krystal Althoff said. “Because of this instance, it has set a precedent for all other sports. Telling parents it’s ok to skip the proper steps and allow them to speak directly to administrators without coaches present, anonymously complaining at will whatever they feel necessary. I feel truly sorry for the administration because I can foresee a long line of people making their way up to the office for appointments.”

The vote to retain Doug Althoff as coach was unanimous, and it is effectively immediately. 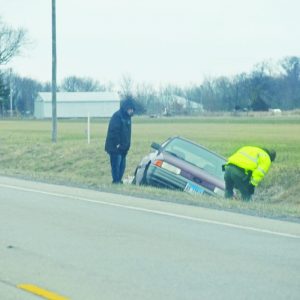 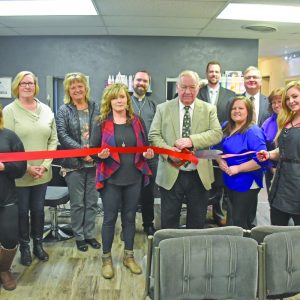 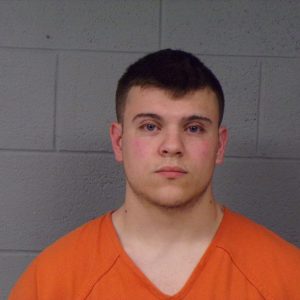 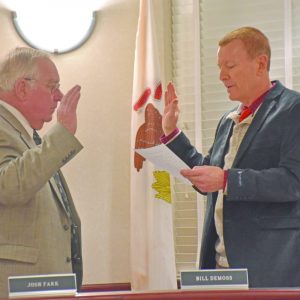