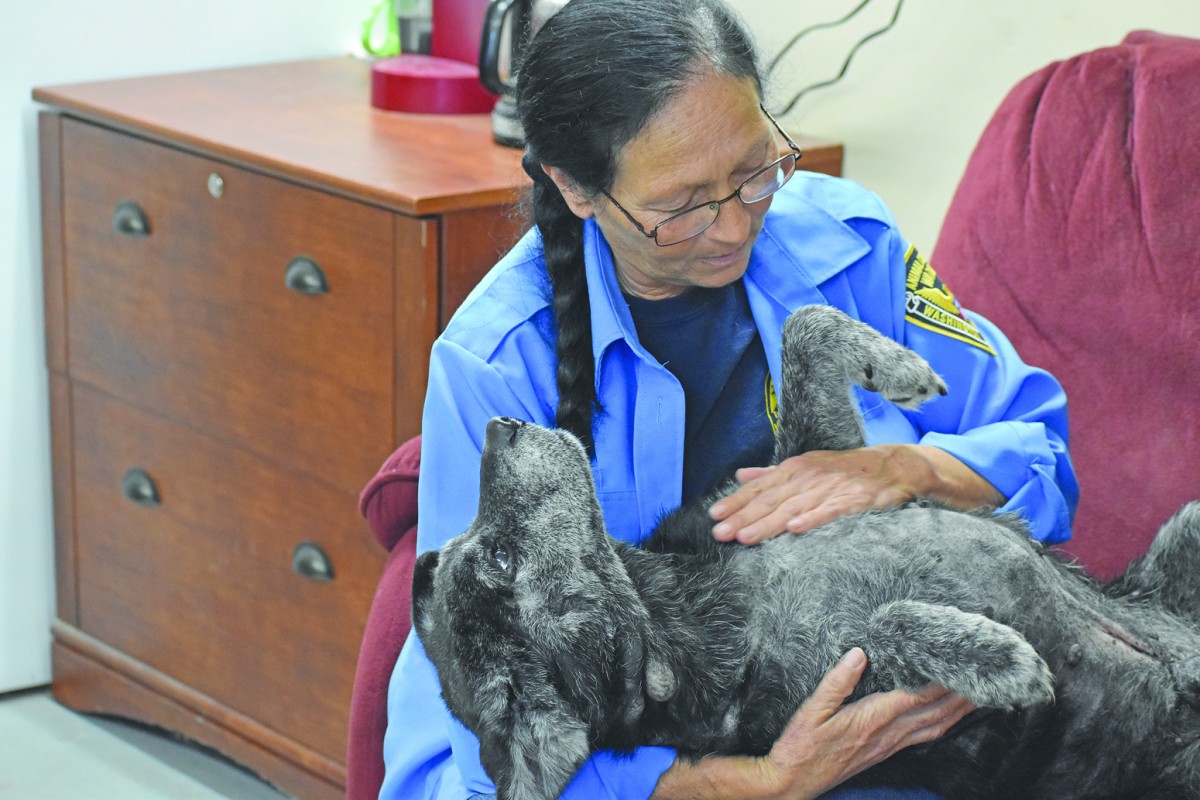 Washington County Animal Warden Deb Hagopian rubs the belly of Barney, a senior pup who is available for adoption at the shelter. “He’s wiggled his way into my heart,” Hagopian said.

Killer had lived in the country and was in need of a proper trim. The 15-year-old poodle had been brought into the shelter as an owner surrender, and the senior dog had seemed timid and shy at first.

Now with a brand new style thanks to a visit Yuppy Puppy in Okawville, he has a brand new attitude and a new lease on life.

And he was finally getting ready for his forever home. Jennifer Middleton said she had adopted a dog from Animal Control a few years before, and Otis was also getting a poodle brother, August.

“Are you ready to go home?” she asked the prancing poodle who danced around the office like a pup half his age.

When the door closes and another successful adoption has been completed, the air lifts and there are smiles all around. Animal Control Warden Deb Hagopian said that exchange is the best part of her job.

“That right there,” she said. “What just happened.”

Employee Allie Lietz recalled another recent adoption, where a perfect setup was created.

“It was just a match made in heaven, Lietz said. “She spends all of his time with him, and he feels better. It gets people more active. They have more of that social interaction.”

This week marks the National Adopt-A-Shelter-Pet Day, where those considering adding a dog or cat to their homes are encouraged to consider pets from their local facilities

“Everything goes in spurts,” Hagopian said. “We will go through a time period when there aren’t very many, maybe one or two a week. Then we will get hit five or six in a matter of days. It just comes in waves.”

The Animal Control acts as a haven for its animals, but two of its residents adopted the shelter itself. Both Lobo and Uncle Fester came in as two separate emergency cases within days apart. Lobo was thought to have been hiding in the engine of a car, and the kitten needed time to heal from his wounds.

Fester was called and thought for dead until the staff fed him through syringe and nursed him back to health. While they were recovering, the two foster brothers bonded, and they now live in the office. 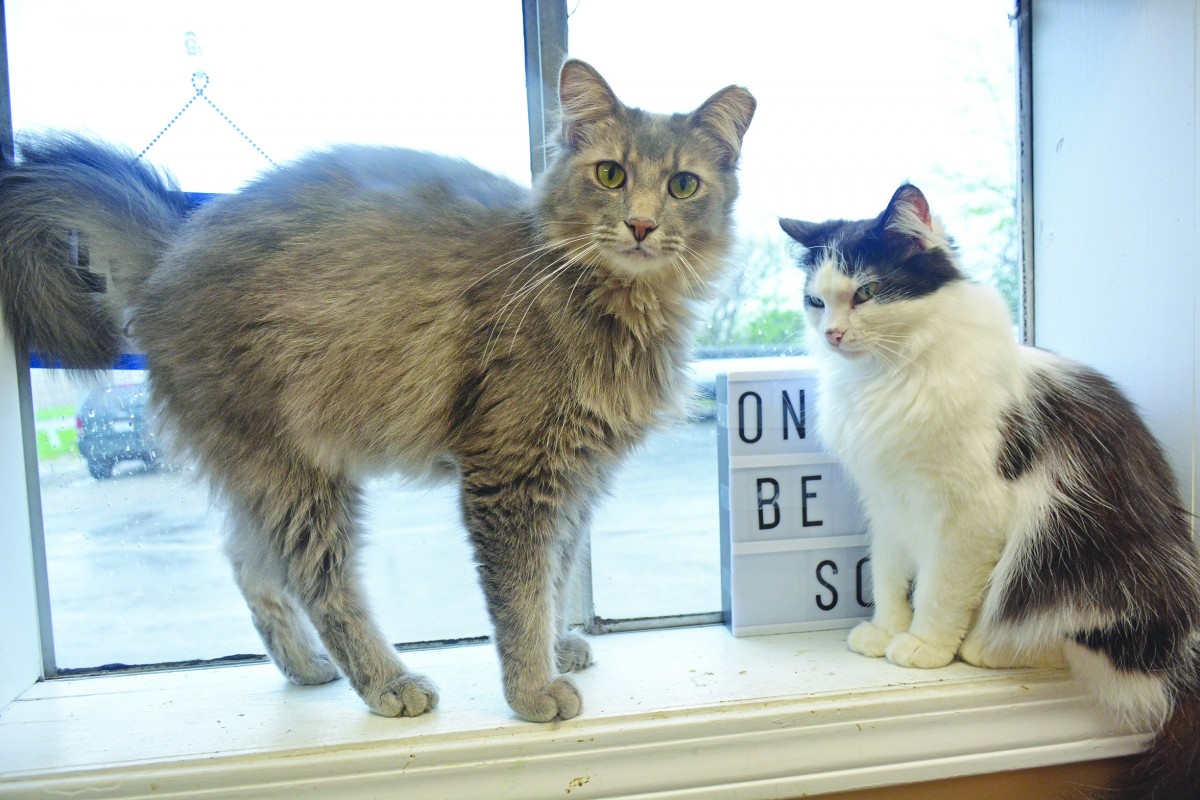 Lobo and Uncle Fester, office cats that adopted the shelter

“Lobo wants to hug everyone, and Fester just wants a lap to lay in,” Hagopian said. “They are my cats. I once had a guy offer me $200 for Lobo, and I said he is not for adoption.”

As the Animal Control assesses each individual case that comes into its doors, there are some that will take special consideration. Like Barney, who came in a few weeks ago. He has no teeth, there are tumors on his body, and he is too old for cancer treatments. The elder sharpe mix would need a special home, one that will care for him, and the staff is committed to finding that for him.

“He is so full of love and life. He wiggled his way into my heart,” Hagopian said. “He is the happiest dog, even after all he has been through. He probably has a couple of years left but he deserves to have a good life with what he has left.”

Hagopian said she believes that the animals in the shelter are appreciative of not only their temporary home but also what will become their future home.

“It’s about the animals,” Harper said. “Everything we do is for them.”

Hagopian said Animal Control is open to volunteers, where individuals can come and walk the dogs, sit in the cat room and visit with the pets. The shelter is also in constant need of cat litter, bleach, paper towels and other cleaning supplies.

Hagopian added she believes that in cases like Barney and others at the shelter, the animals are not the only ones who are saved.

“It’s love and joy once we find that person who is willing rescue him he is going to be the one who rescues the person,” she said. “Dogs like him I firmly believe the people need them more than the dog needs them.” 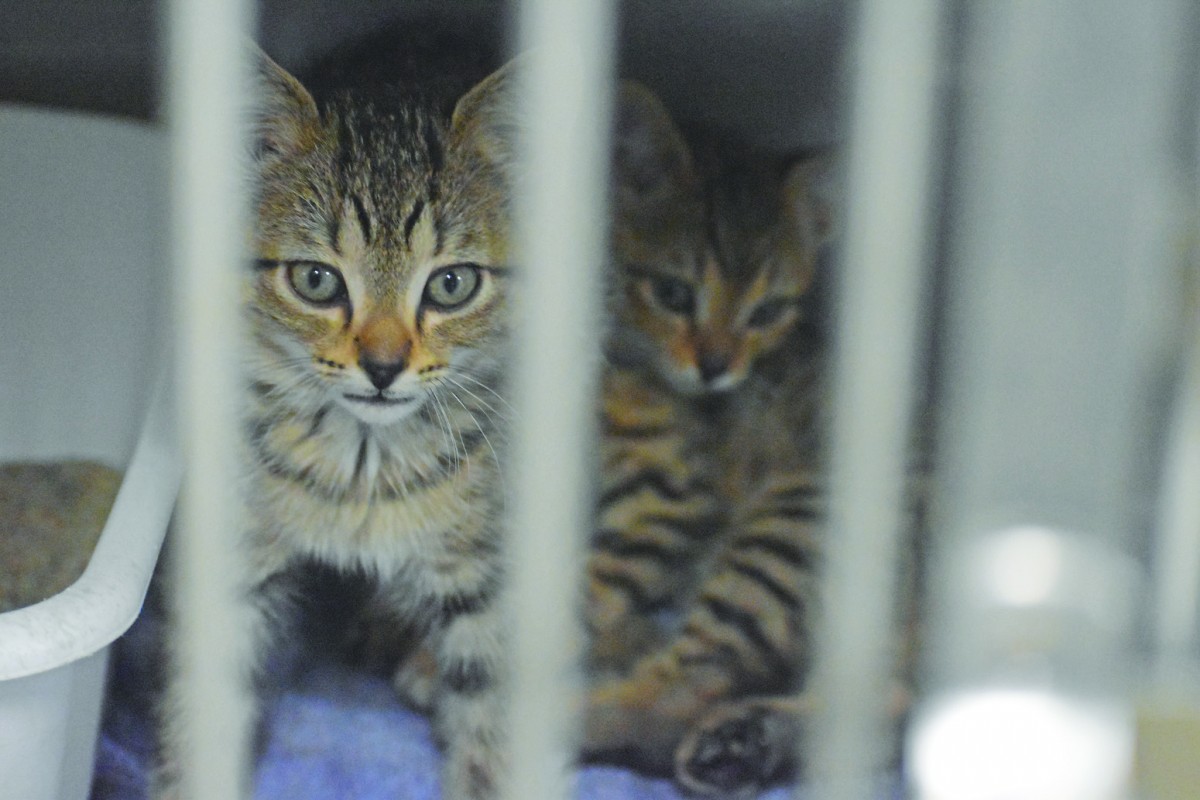 Several cats at Washington County Animal Control are looking for their forever homes. 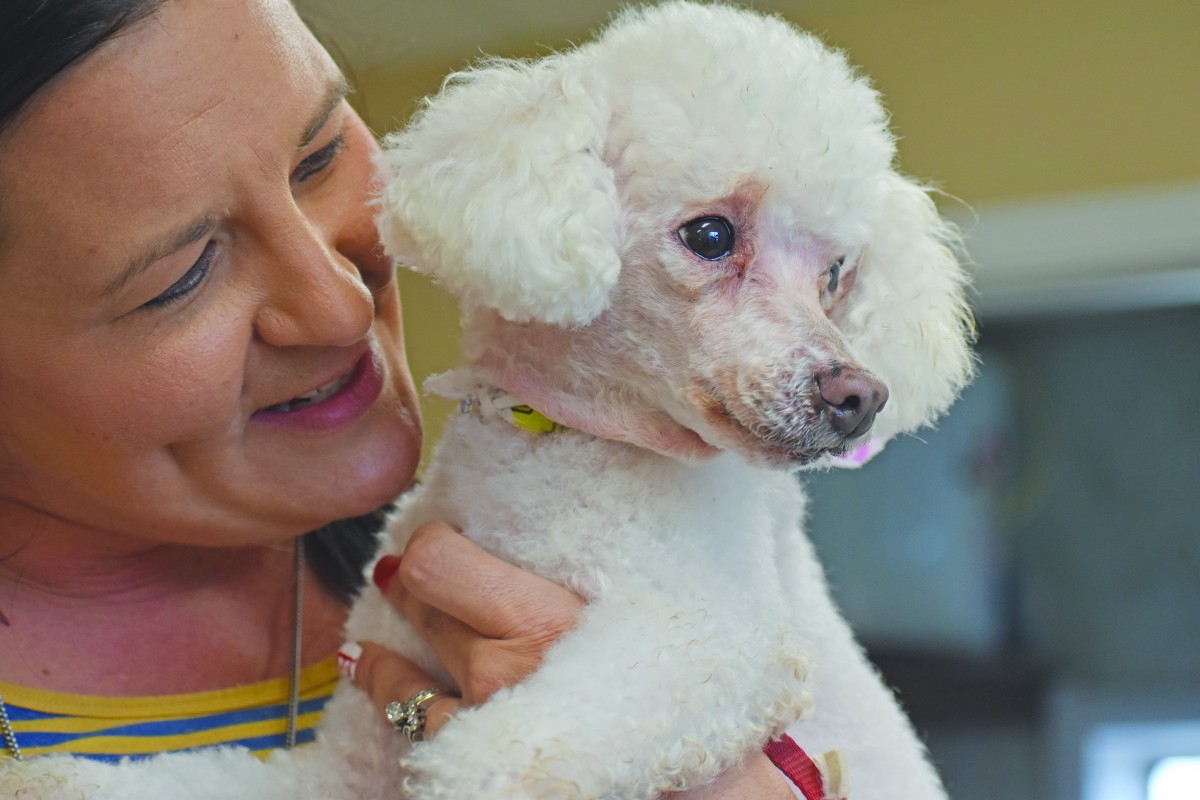