The Nashville Hornettes track team brought home a second place finish in the Mississippi Division at the Southern Illinois River to River Conference Meet, which was held at Benton on May 2. The Hornettes also competed in an open meet at Pinckneyville on April 29.

Second place finishers for Nashville were: Rueter in the 100; Baugh in the 800; Havalen Pierce in the 3200; the team of Rueter, Jadah Heidel, Talanie Kozuszek, and Destyn Herrington in the 4X100M and 4X200M Relay; Sydney Schnitker in the Triple Jump; and Kylie Kozuszek in the Pole Vault.

Third place finishers for Nashville were: Schnitker in the Long Jump, Alyssa Cole in the Discus, Bartling in the 1600M Run, and Caitlyn Pytlinski in the 3200M Run.

The Hornettes then competed in the SIRR Conference Meet on May 2. DuQuoin dominated the meet, with 12 first place finishes at the meet. Overall DuQuoin finished with 217 points. Nashville was second with 100 points. Anna-Jonesboro finished third with 81 points. Carterville finished fourth with 71 points. Sparta was fifth with 43 points. Pinckneyville brought up the rear in the Mississippi Division with 42 points.

Hoffman came away with the only first place finish at the meet for Nashville. Hoffman won the Shot Put with a throw of 36’ 1”.

The Hornettes next meet is Sectionals in Fairfield on May 8. Field events are scheduled to begin at 3:30 with running events beginning at 4:45. 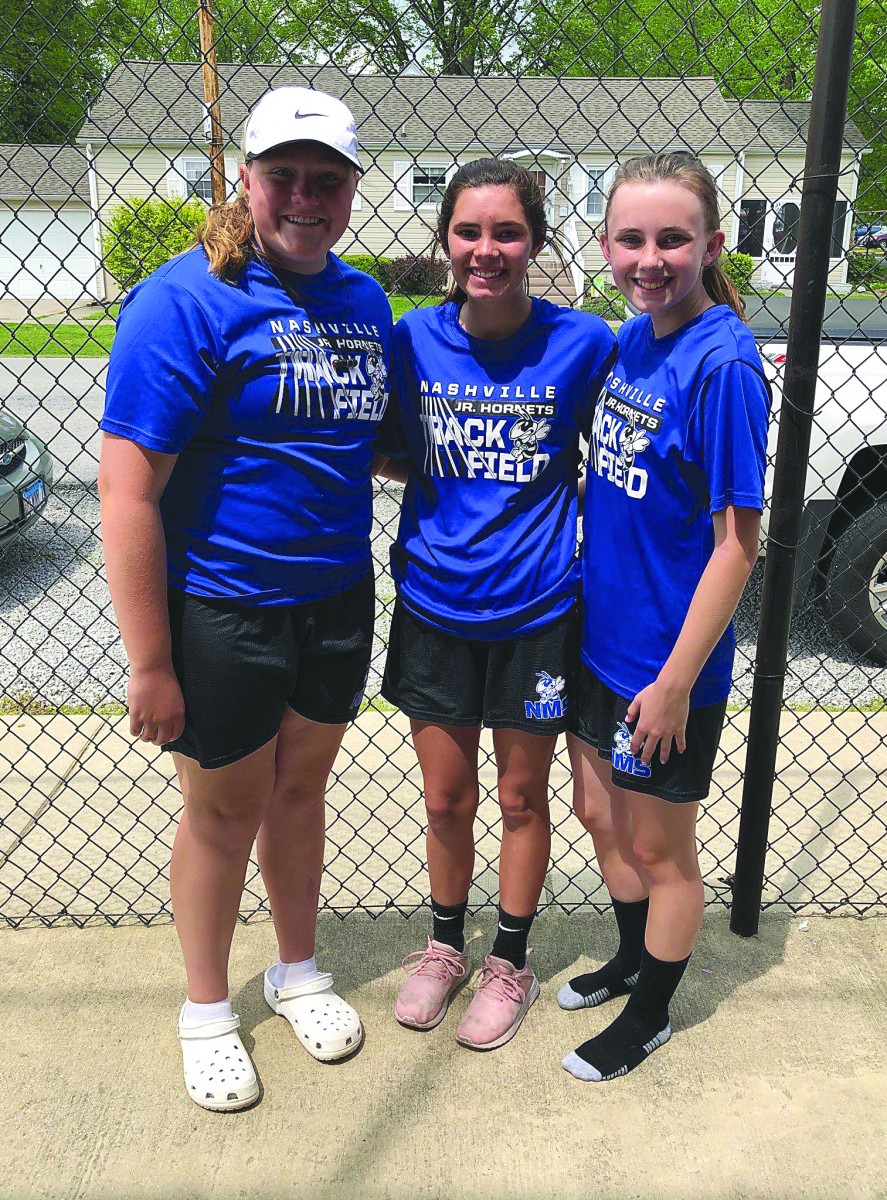 Jill Kuhl, Angel Meyer, and Shelby Thorson qualified for the SIJHSAA Class L State Track Meet.
Kuhl advanced in the Discus. Meyer advanced in the High Jump. Thorson in the 7th Grade 100M Dash.
The Class L State Track Meet will take place on Saturday May 11 at Tri-C Elementary in Carterville.
The High Jump competition will begin at 9:30 am. The rest of the field events are scheduled to be gin at 10:15 am. Running events are scheduled to start at noon.