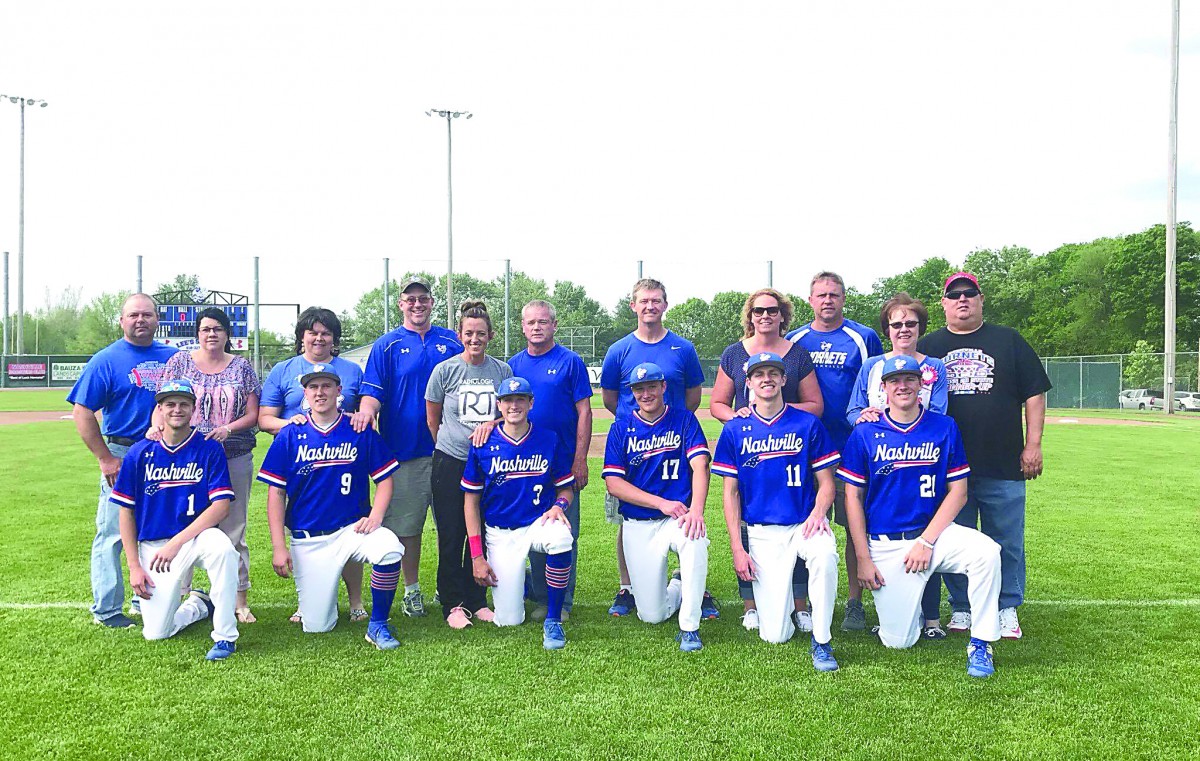 The NCHS Hornet Baseball seniors were honored before their contest against Murphysboro on May 8. From left to right: Nick Paszkiewicz, son of Tom and Suzie Paszkiewicz; Todd Jahnke, son of Chris and Tammy Jahnke; Kelton Harre, son of Jeff Harre and Kim Harre; Patrick Combs, son of Jason and Lynn Combs; Bryce Bultman, son of Jeremy and Sherrie Bultman, and Tanner Bergmann son of Mike and Susan Bergmann.

The NCHS Softball seniors were honored Saturday May 12 before their scheduled game against Mascoutah. The game was cancelled due to weather. From left to right: Bailey Melton, daughter of Chuck and Kelly Melton; Sophie Heck, daughter of Charlie and Kami Heck; Jenna Harris, daughter of Nathan and Sarah Harris; and Libby Ahlers, daughter of Blake and Courtney Ahlers. 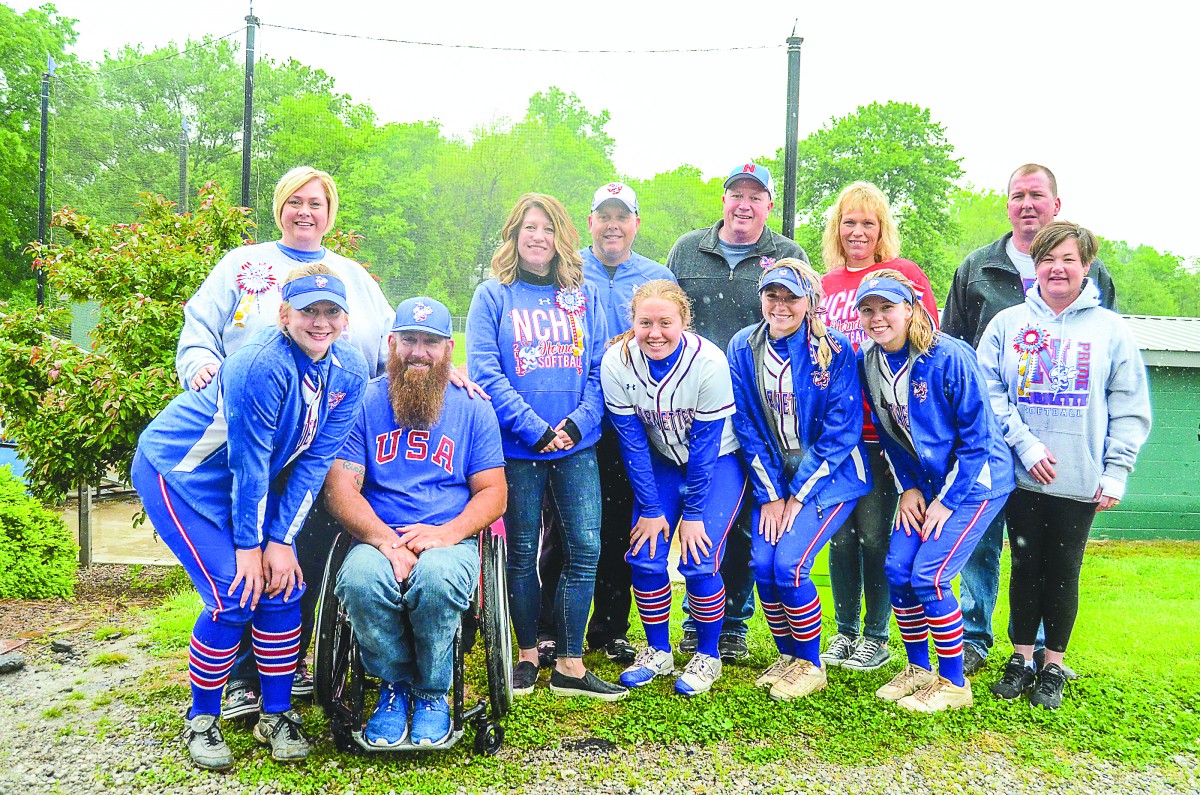