A season in which the Hornets won a Sectional Championship as well as the Jared Morris Invitational was capped off this past week as the Hornets boys track team handed out awards.

Five members of the team received individual awards for their contributions during the season.

Gavyn Lietz received two individual awards. Lietz was named Most Valuable Player, as well as Most Valuable Field Athlete. Lietz advanced to the State Track Meet in four different events, where he brought home a sixth place medal in the Triple Jump. Lietz also competed in the Long Jump, the 110M High Hurdles, and the Pole Vault at the State Track Meet, but did not advance to Finals.

Tabor Kozuszek was named the Most Valuable Runner. Kozuszek advanced to the State Track Meet in the 4X800M Relay, the 4X400M Relay, and the High Jump.

Ben Reid was named Rookie of the Year. Reid played a big role this season for the Hornets. Reid qualified for State as a part of the 4X800M Relay team and the 4X400M Relay team. 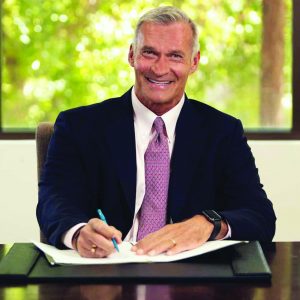