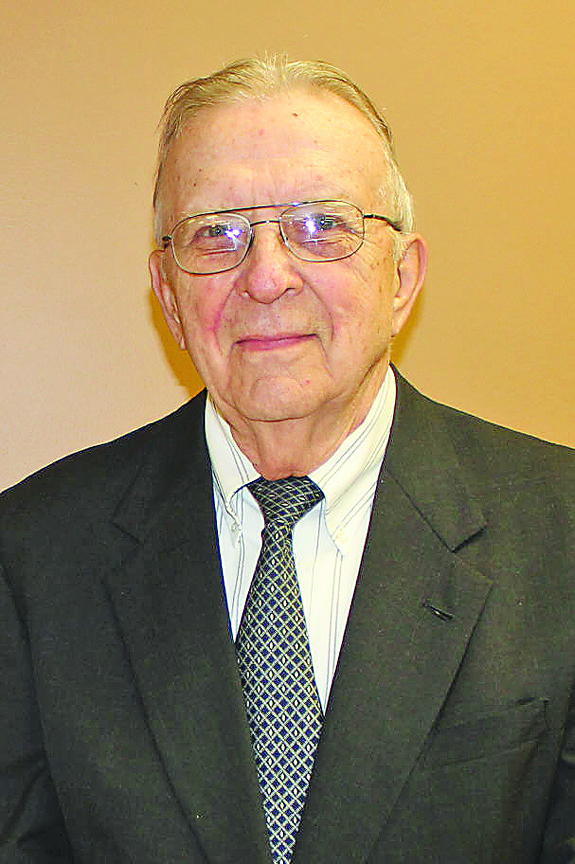 Edward Bonk, 91 of Maryville, Illinois passed away on Friday, July 12, 2019 at his home with his devoted wife Clara at his side.

Edward was born on October 9, 1927 in Nashville, Illinois; the son of the late Anton and Agnes (Paszkiewicz) Bonk. Edward was an accomplished welder and retired from Spectrulite in Madison, Illinois.  He was an active member of Mother of Perpetual Help Catholic Church in  Maryville, IL  and a member of the Polish Roman Catholic Union of America, St. Stanislaus Society #1004 (Polish Hall) in Madison, Illinois.  He proudly served his country in the United States Army enlisting in 1946 stationed in Korea.  Edward was a master craftsman in metalwork, woodworking and construction.  He generously gave his time and talents to help family, friends, neighbors and his community.

Edward never gave up, even on the most difficult jobs.  He often engineered solutions to problems others thought impossible.  Earlier in his career, he welded samples for the Mercury space capsule and the St. Louis Arch prototypes. He worked on the leading edge of welding technology, researching and developing welding techniques for new metals and alloys including Titanium and Columbium.  In his free time Edward enjoyed vegetable gardening, especially growing tomatoes.  He also loved frying fish on Fridays at the Polish Hall.  Edward took pride in barbequing for large family gatherings using his homemade, highly modified grill.  He especially enjoyed attending all events involving his children and grandchildren.  Edward will be remembered for the love of his family and all the special times they shared together.

Visitation will be held on Friday, July 19, 2019 with friends being invited to come from 4:00 to 8:00 p.m. with a prayer service and eulogies at 6:00 p.m. at Irwin Chapel, 591 Glen Crossing Road in Glen Carbon. In celebration of Edward’s life, a funeral mass will be held on Saturday, July 20, 2019 at 10:00 a.m. with his son, Fr. Paul Bonk celebrating Mass at Mother of Perpetual Help Catholic Church, 200 N. Lange Ave. in Maryville, IL. Burial will follow with full military rites at Calvary Catholic Cemetery in Edwardsville.