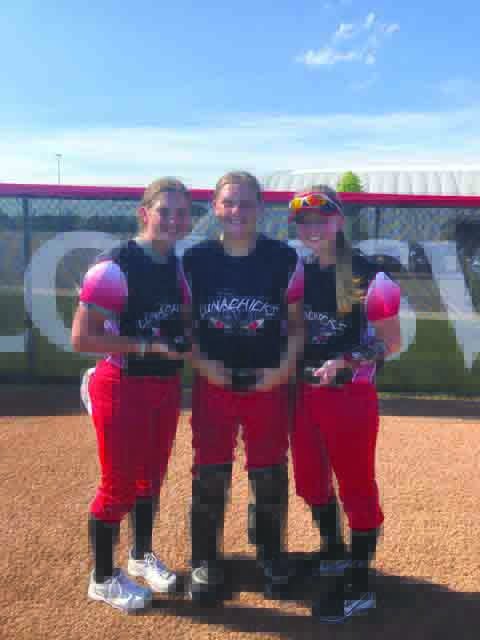 Pictured TOP: Three members of the Nashville Horenttes: Daphne Kollbaum, Colleen Jahnke, and Ryan Stiegman competed for the Lunachicks this past summer.

This July 15 through July 20 the USSSA hosted the Great Lakes National Championship at Louisville Slugger Sports Complex in Peoria Illinois.

The Big Muddy Lunachicks, based out of Pinckneyville Illinois, were one of 37 teams, from 7 states, playing in the 14U, girls fast pitch tourney.

After a solid showing at the Southern Illinois State Tournament in Marion Illinois, the Lunachicks took that momentum into Peoria where they made it to the championship game.

The girls played awesome in both games but fell a bit short and placed second overall.

All of the girls on the Lunachicks are from Southern Illinois, most of the girls are representing the SIRR conference.