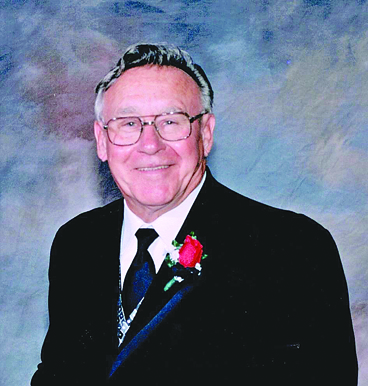 Daniel John Krawiecki, Sr. 90 of Nashville, passed away at 8:55 p.m. on Thursday, August 8, 2019 at Carlyle Healthcare Center in Carlyle.

Dan was an Army veteran serving in World War II.  He was a truck driver for ANR in St. Louis for many years.  He was a member of St. Ann Catholic church in Nashville, Nashville American Legion Post #110, Nashville Moose Lodge and AARP. He enjoyed hunting, fishing and camping.

Mass of Christian Burial will be held at 10:30 a.m. on Friday, August 16, 2019 at St. Ann Catholic church in Nashville with Father Andy Knopik officiating.  Burial will follow in the Old St. Ann Cemetery with military rites accorded by the Nashville American Legion Post #110.  No public visitation will be held. Memorial contributions may be made to the St. Ann Catholic School. Styninger Funeral Home in Nashville is in charge of arrangements.