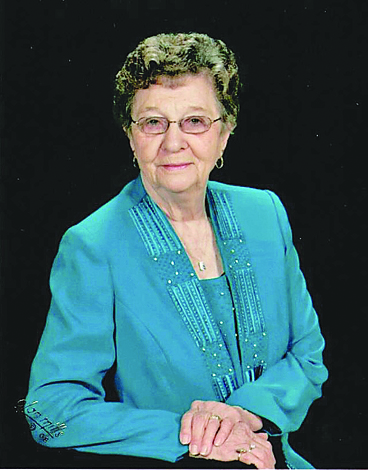 Gertrude “Gertie” Holle, 94 of Hoyleton, passed away at 3:55 p.m. on Thursday, August 8, 2019 at Washington County Hospital in Nashville.

She was born on March 7, 1925 in Hoyleton, the daughter of Gus and Regina Kleiboeker Spenner.  She married Norman in Colorado Springs, CO and he passed away on February 10, 1985.

Gertie was a sales clerk at Reinkensmeyer’s store in Hoyleton.  She was a member of the Zion United Church of Christ in Hoyleton, the Hoyleton Community Club, Hoyleton Lions Club and volunteered at the Irvington Food Pantry.  She was instrumental in establishing the community garden at the Hoyleton Children’s Home where she received the Community Achievement Award.  She enjoyed sewing, quilting, gardening and volunteering.

A celebration of life service will be held at 10:30 a.m. on Saturday, August 24, 2019 at Zion United Church of Christ in Hoyleton with Rev. Stacy Tate officiating.  Burial will follow in the Trinity Lutheran Cemetery in Hoyleton.  In lieu of flowers, memorial contributions may be made to the Irvington Food Pantry.  Styninger Funeral & Cremation Chapel in Hoyleton is in charge of arrangements.