Malawy started every game at shortstop this season for Nashville. Malawy led the Hornets in at-bats, plate appearances, and walks. Malawy finished with 147 plate appearances, and 115 at bats. Malawy tied for the team lead in hits, singles, RBIs, and runs. Malawy finished with 44 hits, 33 of which were singles. Malawy doubled nine times, and hit one triple and one home run. Malawy batted .383 on the season, which was second on the team.

Baldwin was a force in the middle up the lineup for the Hornets. Baldwin led Nashville in extra base hits, total bases, doubles, and home runs. Baldwin tied for the team lead with 40 RBIs, and 41 runs scored. Baldwin played right field primarily, but also saw some time on the mound this season. On the mound, Baldwin appeared in eight games, all of which were in relief. Baldwin finished 1-1 with 11 strikeouts in eight innings.

Jahnke led the Hornets with 58 innings this season. Jahnke started ten games, and won a team-high nine. Jahnke led Nashville in strikeouts with 66, and walked 13 batters. Jahnke finished the season with a 2.052 ERA. At the plate, Jahnke set an NCHS school record by being hit by a pitch 20 times. Jahnke batted .232 on the season, and was third on the team among regular players with a .494 on base percentage. 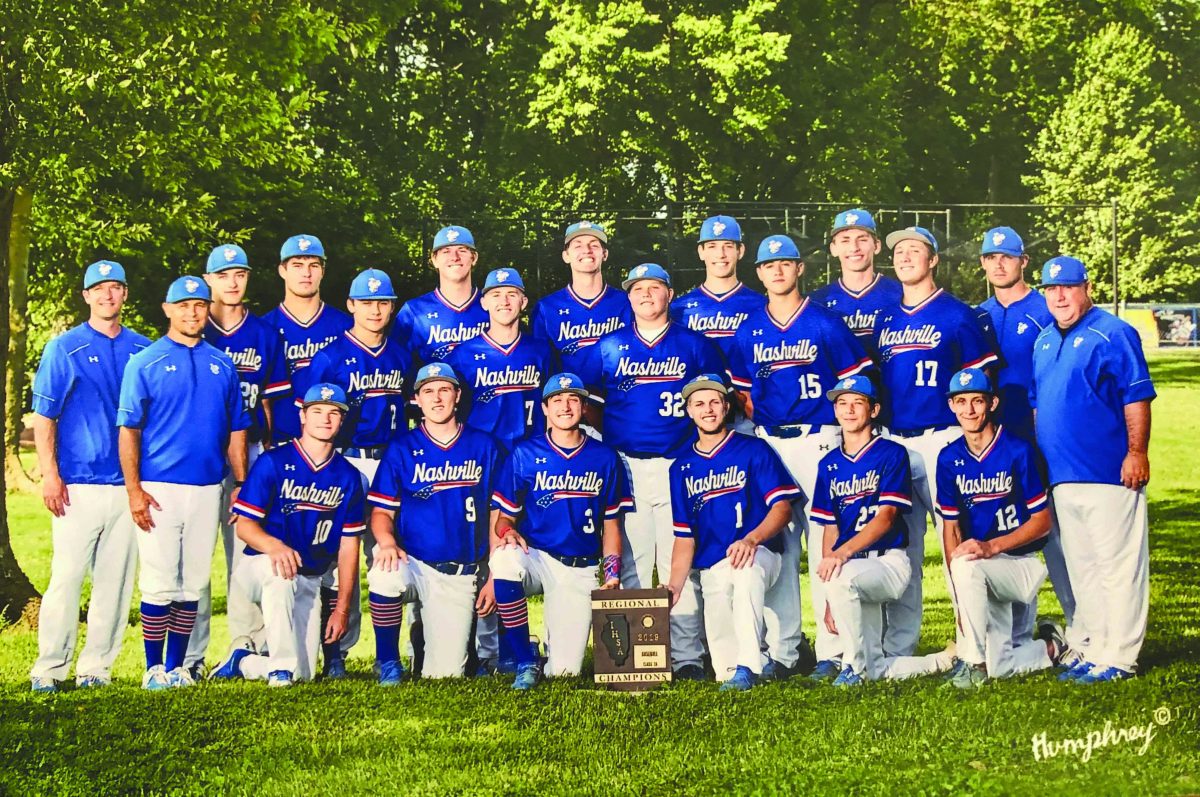 The Hornets handed out their end of the season awards this past weekend capping off their season.