Sydney Gordon shot a 42 on the day, followed by Rylee White with a 46. Brooklyne Luessenheide turned a 51 to round out the top four scores for Nashville. Grace Ruehl shot a 55. Emily Guest finished with a 57 on the day.

Peyton Jeckstadt led Central with a score of 42. 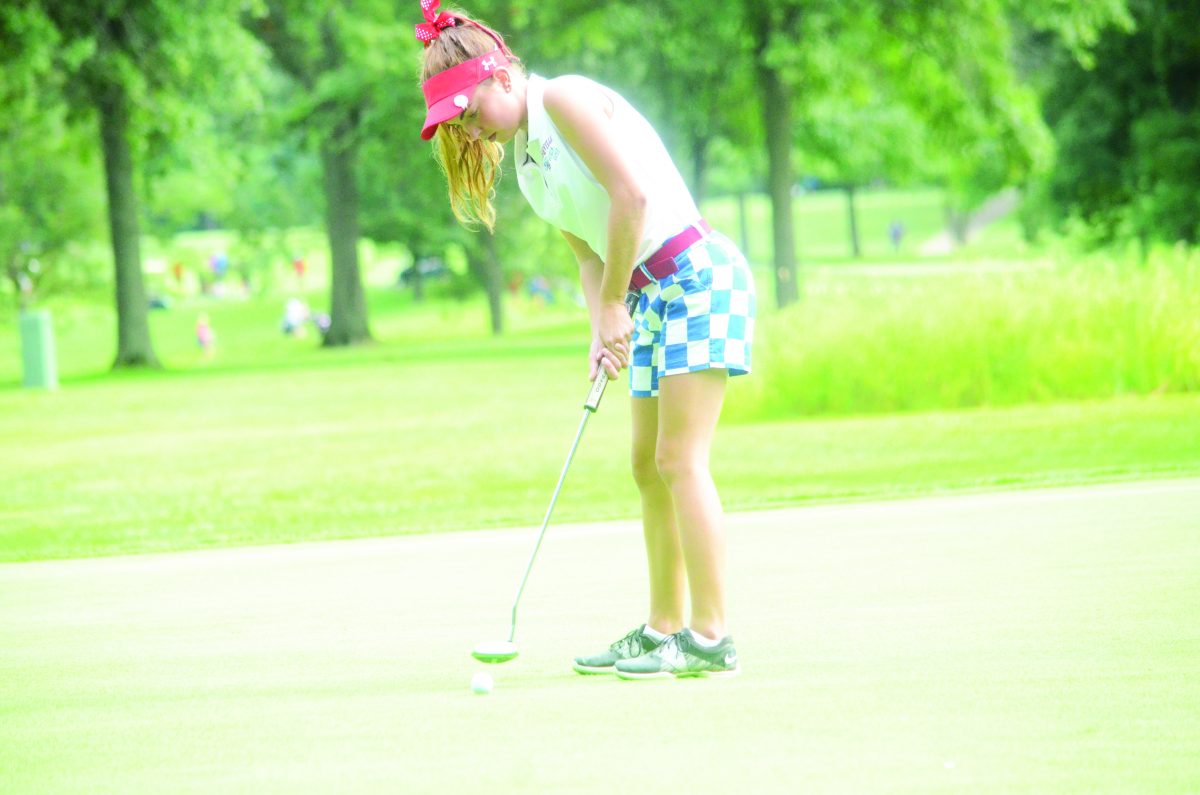 Rylee White puts on the first hole of the Nashville Invitational Tournament which was held at Nashville Municipal Golf Course on August 22.