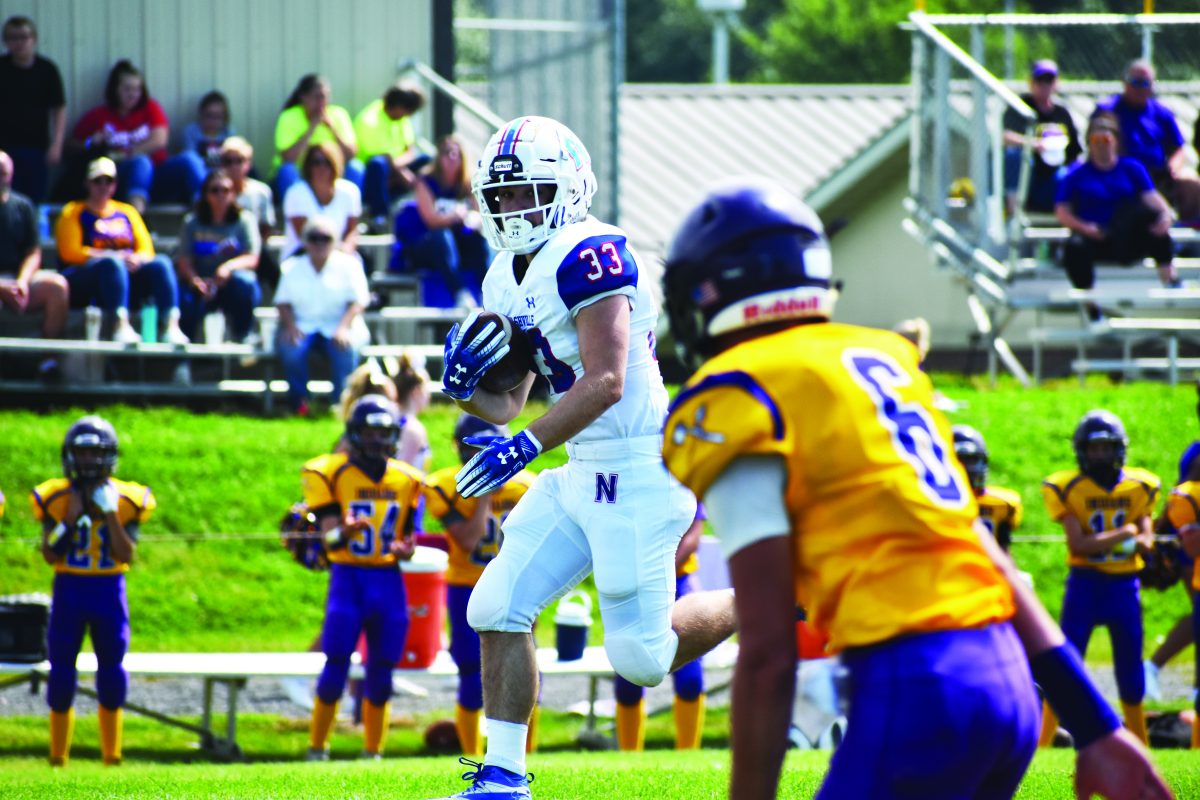 Jullian Metcalf rushed for 122 yards and three touchdowns in the Hornets win over Carlyle in Week 1.

Rain and lightning was the only thing to slow down the Hornets offense in their opening contest of the season on the road against the Carlyle Indians. Rain and lightning forced the postponement of the contest to Saturday afternoon after just two offensive plays for Nashville. The Hornets would leave Friday with an 8-0 leave and come back Saturday to finish the job as Nashville defeated the Indians 64-0.

Jullian Metcalf found the end zone from 56 yards out early in the first quarter to score the first points of the season. Metcalf would find the end zone on the two-point conversion to give the Hornets an 8-0 lead.

Rain and lightning followed as the game was postponed until Saturday afternoon.

The thunderstorm was the only thing to slow down Nashville as once the game was resumed, the Hornets put it away in a hurry.

Four more touchdowns in the first quarter gave Nashville a commanding 36-0 lead after one quarter. Ehret found the end zone from 52 yards out for the second score of the game, in which Nick Miller converted the two point conversion. Metcalf would score two more touchdowns in the first quarter as his first three carries ended up as a touchdown. The first passing touchdown of the season for Nashville was an 84 yard touchdown from Cole Malawy to Jaxon Goforth.

Ehret scored from 42 yards out and 1 yard out in the second quarter and Nashville went into the half with a 50-0 lead.