The Nashville Hornets boys golf team had a successful week as they defeated Wesclin and Mt. Vernon on August 27 and came home atop the leaderboard of the Okawville Invitational on August 31.

The Hornets hosted Wesclin and Mt. Vernon at Nashville Municipal Golf Course on August 27 in Nashville’s first home contest of the season.

The Hornets played well on their home course as they turned in a score of 172, 15 strokes ahead of Wesclin. Mt. Vernon finished with a score of 189.

Terry Pelczynski led the Hornets with a score of 41. Carson Parker finished his day with a 42. Gabe Kreid carded a 44 followed by J.D. Schubert with a 45. Carson Wessel of Wesclin was the medalist with a 40.

Two Hornets earned medals in the tournament. Kreid led the way with a score of 73, which was the second best score on the day. Pelczynski tied for third overall with a 76. Parker was third for the Hornets with a score of 85, followed by Aaron Brink with an 88. Austin Kozuszek finished 18 holes with a score of 91. Schubert finished with a 95. 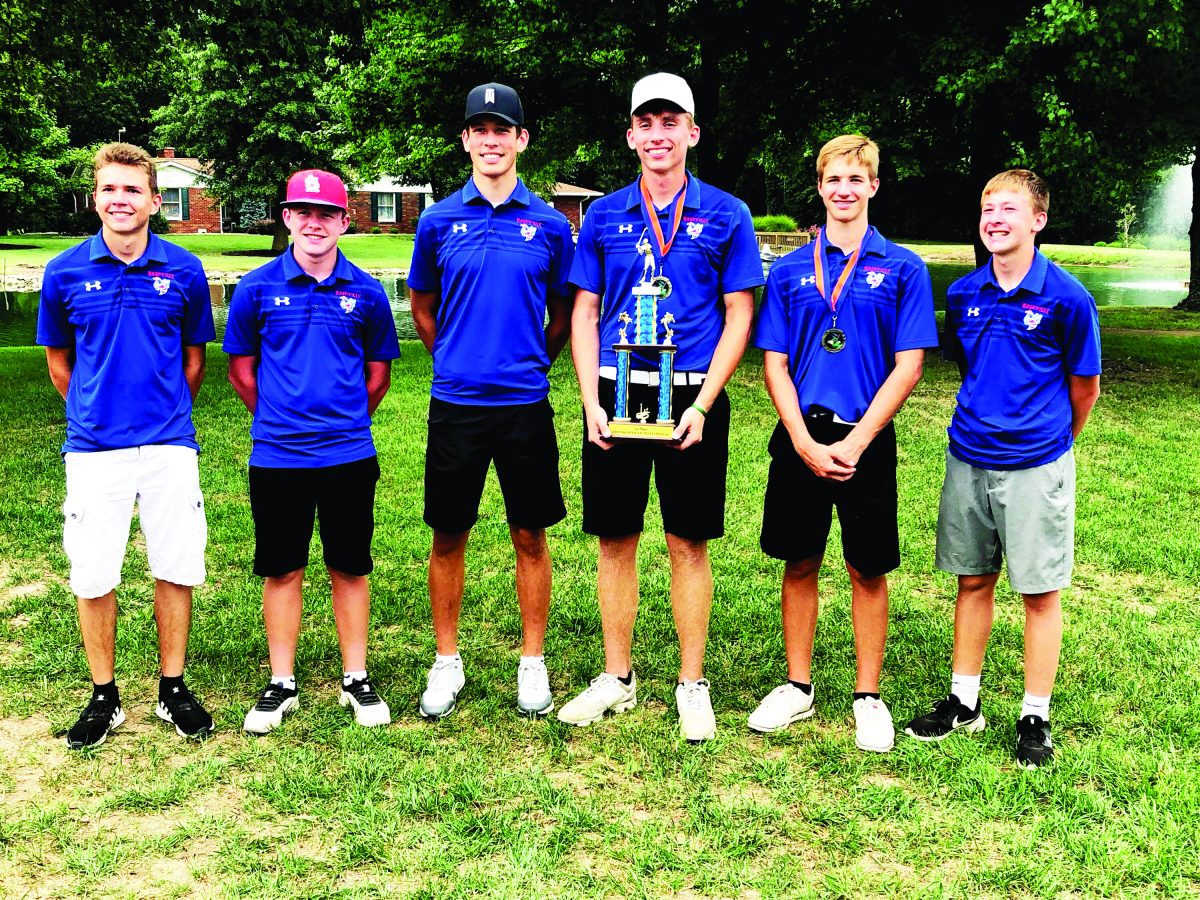