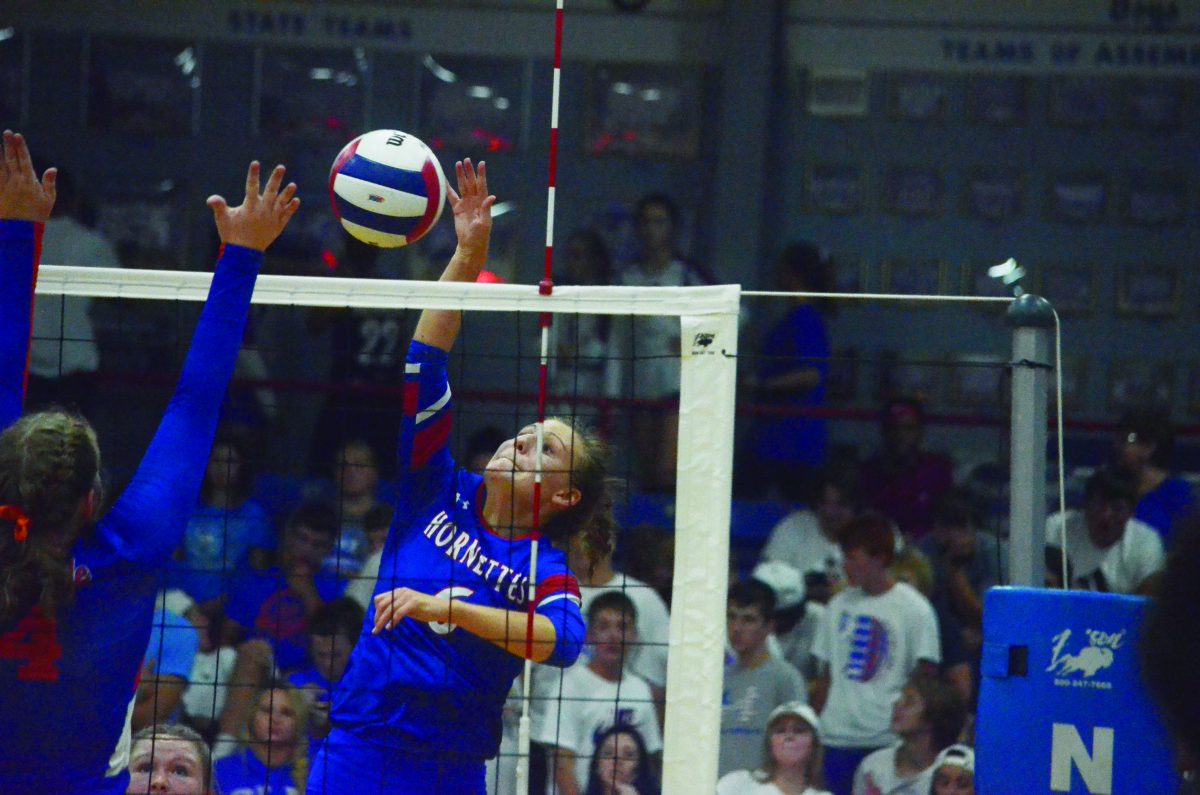 Sydney Schnitker led the Hornettes with eight kills in the season opening win over Okawville on August 29.

Nerves early played a role, but the Hornettes were able to put away the Okawville Lady Rockets in two straight games to begin the season on August 29. A closely contested first game saw Nashville squeak out a 25-22 win. The Hornettes were firmly in control in game two as Nashville picked up a 25-15 win to take the match.

Coach Josh Konkel talked about the first set after the match. “There was some nerves out there. We made a few mistakes, we don’t normally make. A little bit of hesitation, who’s taking balls in the back row. All in all, I am proud of the way they stepped up in the first set when we got down by a point or two. We didn’t fold. We stepped up, we got the kills when we needed. That shows some of the leadership we have on the floor.”

The Hornettes then looked to defend their title in the Southern Illinois River to River Conference Preview Tournament, which was held at Carterville High School on August 31. The Hornettes went a perfect 3-0 in pool play before falling in two close contests in the gold bracket. The Hornettes finished third in the tournament.

Nashville got off to a hot start in the tournament as they won each of their pool play matches in straight games. Nashville defeated West Frankfort 25-14, 25-16 in their first action of the day. Nashville struggled a little in game two against Sparta, but the Hornettes were able to put away the Lady Bulldogs 25-17, 29-27. Nashville’s final game of pool play came against Benton. The Hornettes disposed of the Rangerettes 25-16, 25-17 to win the pool and move into the Gold Bracket.

Nashville would face stiff competition in the Gold bracket as the Hornettes would meet up against Pinckneyville and Massac County. After dropping the first game to Pinckneyville 25-18, the Hornettes could not extend the match to three games as they fell in game two 27-25. Nashville’s final match of the day was against Massac County. Both games were closely contested, as Nashville fell 26-24 and 25-22.

Delaney Varel and Hazel Konkel were selected to the All-Tournament team. 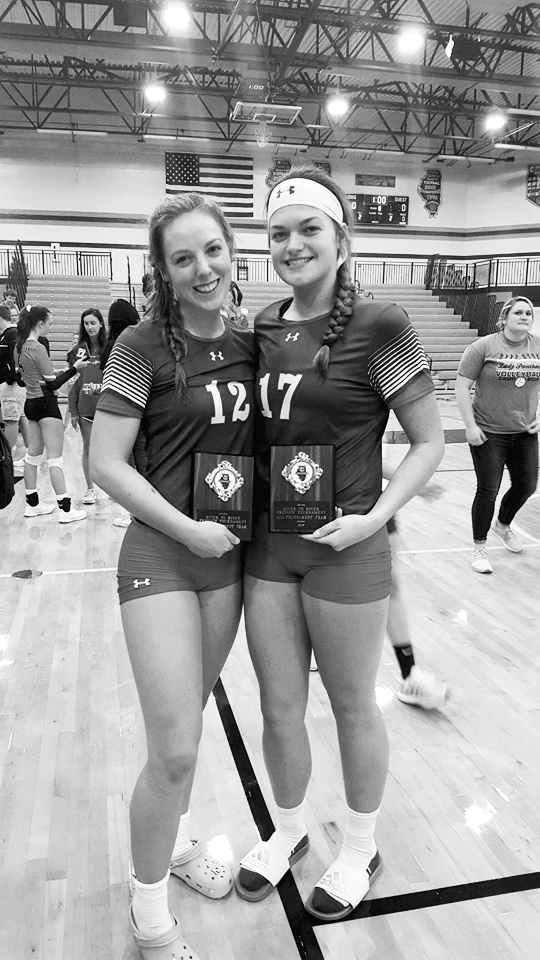