The 1969 NASHVILLE Football team members, coaches, cheerleaders, spouses and friends are gathering at the Nashville Homecoming game on Friday Night, October 11 to get together for our 50th anniversary.  After the game, please join us at Buretta’s for refreshments and more visiting.  For more information contact Bob Habbe at 702-806-5221.

The 1969 team went 8-1 on the season and were named the Southwest Conference champions with a undefeated record (6-0). 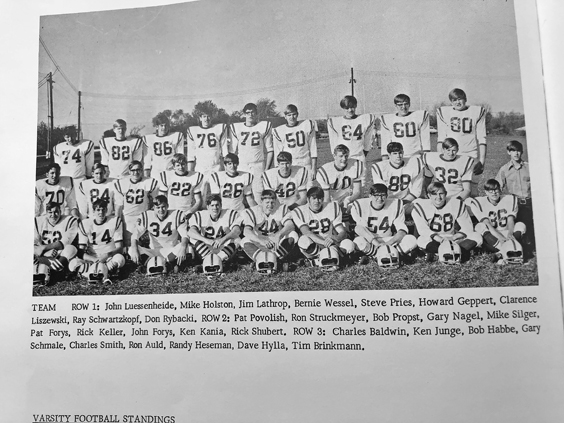