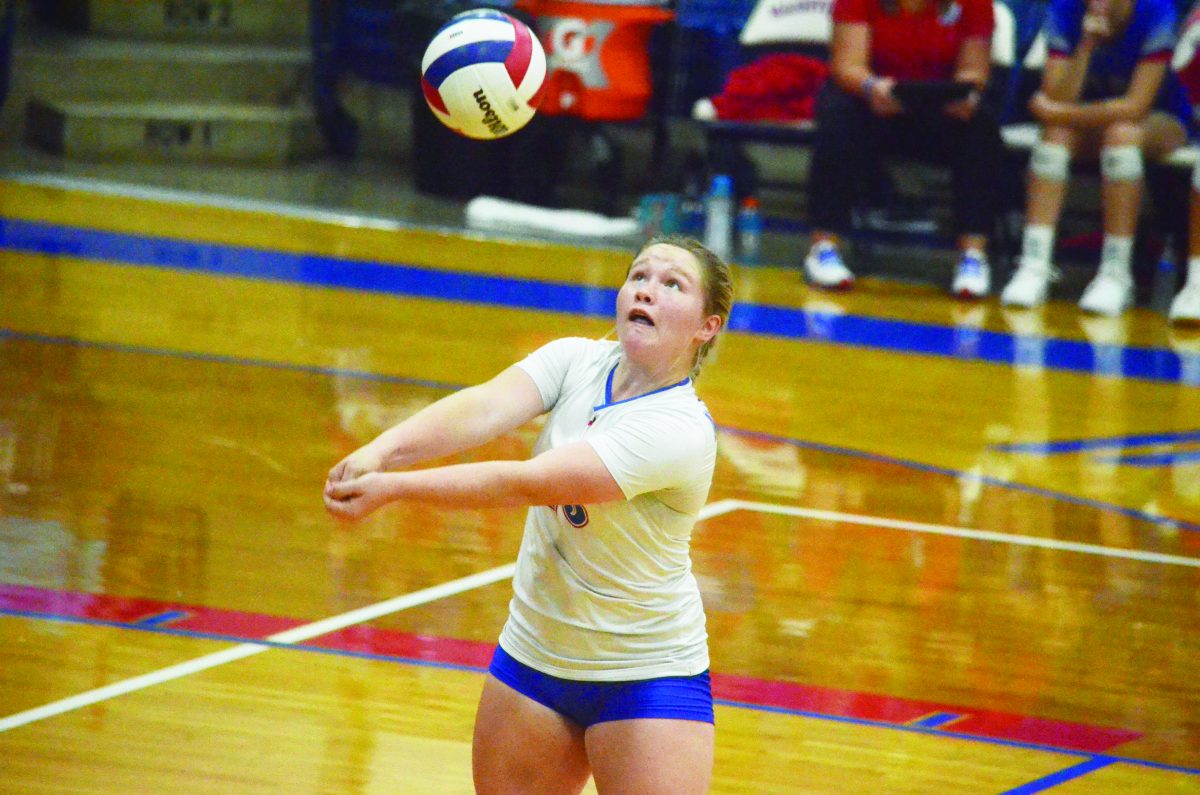 Abby Wesselmann sends a pass to the front row during the Hornettes win against Anna-Jonesboro on September 17.

The Nashville Hornettes volleyball team got off to a hot start in conference play this week as they defeated Anna-Jonesboro and Sparta to begin SIRR Mississippi Division play with a 2-0 record.  Overall the Hornettes have a 12-4 record on the season. Nashville traveled to Carterville on September 24 and will return home for a pivotal conference matchup against Pinckneyville with both conference and postseason implications.

The Hornettes opened up SIRR Conference Mississippi Division play by hosting Anna-Jonesboro on September 17. After a slow start in the first game, the Hornettes were able to come away with a 25-17 win in game one. Game two was much smoother sailing as Nashville took a big lead early and cruised to a 25-16 win to take the match.

Coach Josh Konkel talked about opening conference play with a win despite the slow start. ““Little bit of a slow start. We were feeling them out trying to figure out what they were going to do. They were trying to serve short on us. We started to adjust to that. Once we were able to control that serve, with our serve receive, we were able to get our hitters swinging in system where they needed to be and the hitters did a nice job getting kills tonight.” Konkel went on to talk about having a target on their back in conference play. “We are going to have to play every night. Everybody has got a target on our back so we are going to have to play our best. There is not going to be a slouch so we will have to be ready every night.

Emily Schnitker and Abby Grabowski each finished with nine assists to lead Nashville.

The Hornettes were back in action on September 19, this time on the road against Sparta. The Hornettes again only needed two games to pick up the win as Nashville took the first game 25-15 before squeaking out a 25-21 win in game two.

Wesselmann finished with 16 digs to lead the Hornettes