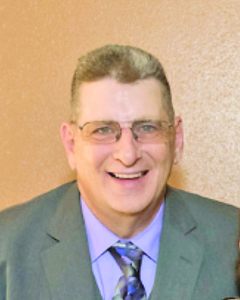 David A. Hickey, 61, of Lincoln, was called home on Sunday, September 29, 2019 at Advocate Bromenn Medical Center in Normal, IL surrounded by peace and love.

David was preceded in death by his mother and his wife.

David proudly served his country in The United State Marine Corps as a Vietnam Veteran, and most recently served as a Charter Member and Sergeant-at-Arms in The Marine Corps League Robert E. Graue Detachment. David was truly a man who never knew a stranger.

Services for David will be held at 1:30pm on Thursday, October 3, 2019 at Fricke-Calvert-Schrader Funeral Home in Lincoln, IL. Visitation will take place three hours prior to the service (10:00am-1:00pm) also at the funeral home. Burial will follow the services at Atlanta Cemetery, Atlanta, IL. Memorial donations may be made in David’s name to The Zion Lutheran School Music Program or Toys for Tots.