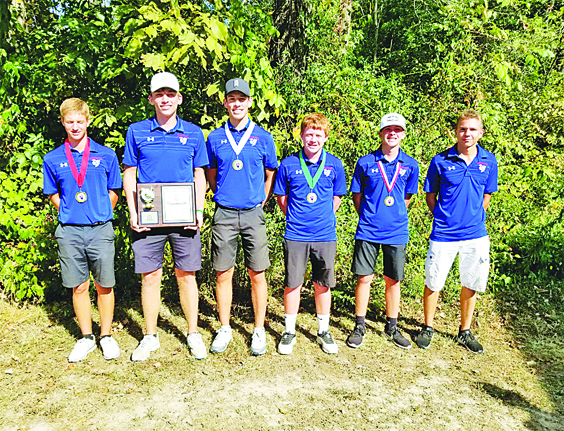 The Nashville Hornets Boys Golf team’s dominance over the Southern Illinois River To River Conference Mississippi Division continued this year as the Hornets picked up their 11th straight conference championship.

It’s been over a decade since the Hornets did not find themselves atop the leaderboard at the SIRR Conference Mississippi Division Boys Golf Tournament.

Nashville has four members named All-Conference. Gabe Kreid, Carson Parker, JD Schubert, and Aaron Brink all finished in the top ten overall. Luke Lasley of Anna-Jonesboro was the individual champion with a score of 76.

Kreid finished with a 78 which was second overall. Parker was third overall with an 82. Schubert shot an 85 Whig was fifth overall. Brink finished with an 87 in eighth place. Terry Pelczynski shot a 94. Austin Kozuszek shot a 107.

The Hornets then competed in the Cardinal Creek Tournament. The Hornets finished eighth out of 13 teams.

Parker led the Hornets with an 81. Kreid was right behind with an 82. Brink finished with a 88. Pelczynski rounded out the scoring with an 89. 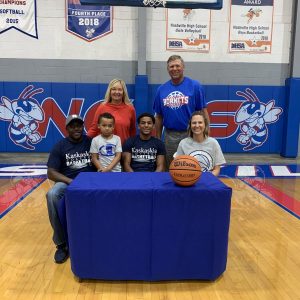