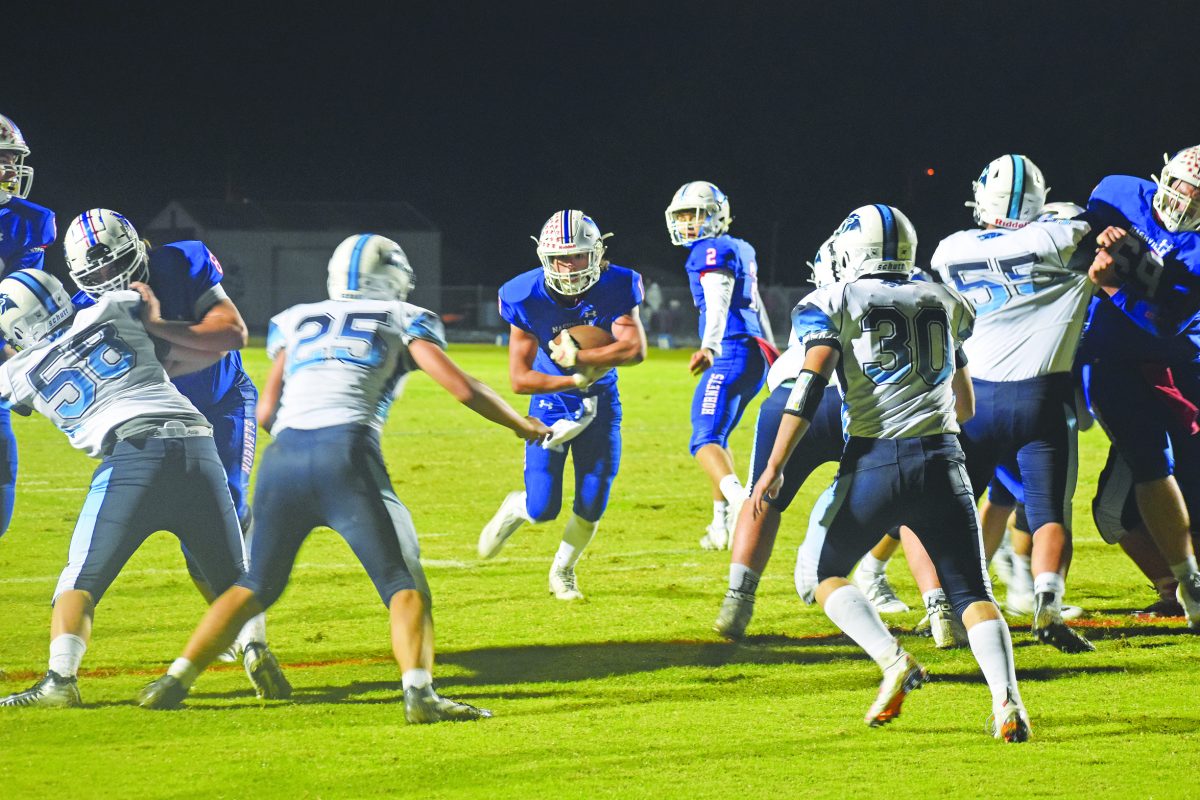 Luke Ehret (13) rushes for a one-yard touchdown during the Hornets’ 47-7 victory over the Pinckneyville Panthers for the Homecoming Game while Cole Malawy looks on. The Hornets remain undefeated this season, 7-0.

The Nashville Hornet football team played host to conference rival, Pinckneyville, Friday in their annual homecoming game. Under the bright lights, the Hornets shined even brighter, dismantling the Panthers in a 47-7 rout.

The offense came from a number of sources. Julian Metcalf finished with four touchdowns, his longest one coming from 33 yards out. Metcalf finished the game with 90 rushing yards. Quarterback Cole Malawy also showed up in a big way, completing 12 of 16 passes for 233 yards, highlighted by a 61 yard touchdown to Jaxon Goforth.

Goforth was explosive, finishing the game with 100 yards on three catches. Luke Ehret and Connor Gladson also chipped in, scoring on one and five yard touchdowns, respectively. Nashville improved to 7-0 after the win.

The Hornet defensive side was equally impressive, keeping the Panthers scoreless at the half. Pinckneyville got close to its end zone late in the second quarter but the Hornet defense was able to hold them and force a turnover on downs at the one yard line.

The Hornets next game will take place Friday as they travel south to take on the Duqoin Indians. 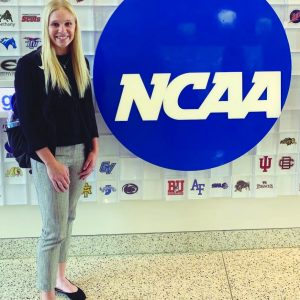