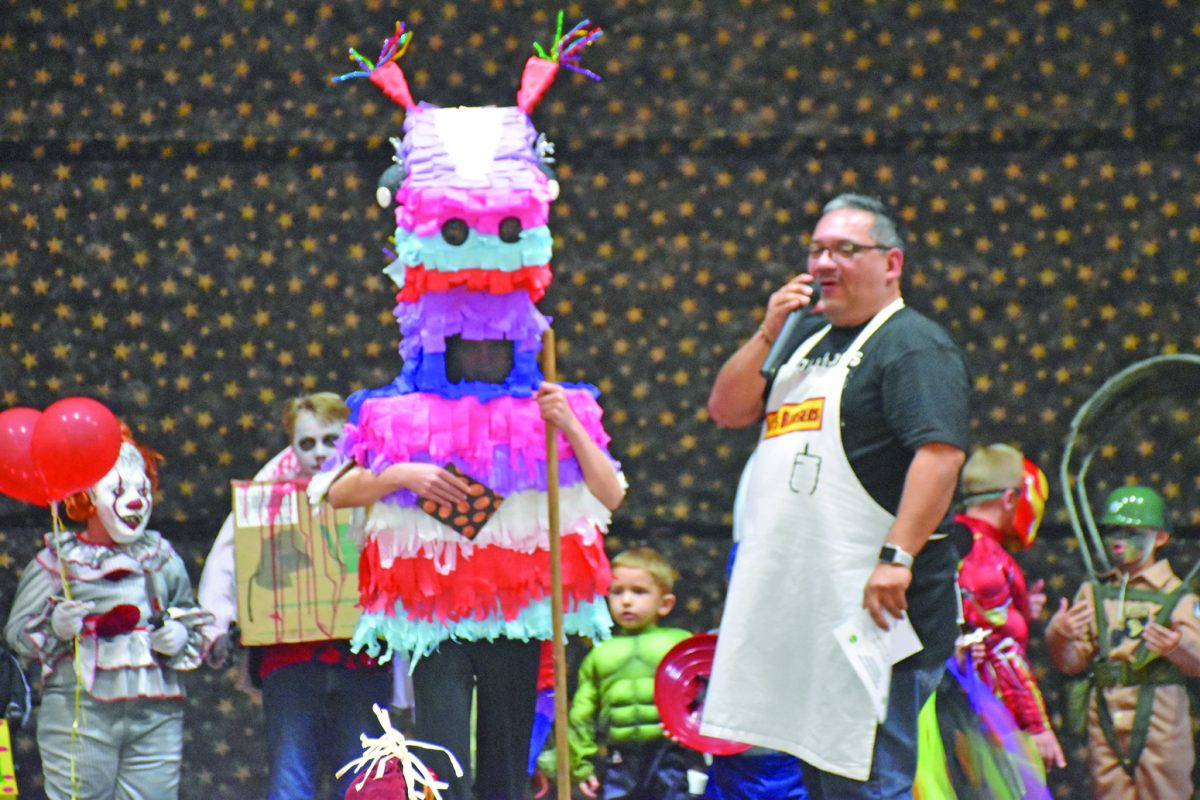 It was a colorful cast of characters walking down the streets or the annual Halloween Carnival at the Community Center of Nashville.

Several children dressed as superheroes, witches, entertainers and more for the yearly bash, which was sponsored by the Nashville Lions Club, the Community Center and the Nashville Ecumerical Youth Steering Committee.

In addition to the chaperoned stroll around the center, the event held its annual costume judging where prizes were awarded to the top three in eight different categories. There was also a best overall category, which pitted the top three in each against one another for the top prizes.

Lily Emge of Oakdale took home the top prize overall with her creative pinata costume. She made the costume with her grandmother Rita and her friend Eric Cook, and it was constructed out of cardboard, crate paper, pipe cleaners and glitter. She had also attached little candy pieces to her leggings.

“At my school, I like to win so I figured this would be a good one,” Emge said of her colorful creation.

Emge said she also had some friendly competition within her own family.

“I was worried that my sisters would beat me,” she said. Both of her sisters, Lucy and Sadie Emge, were top in their respective categories.

The second place overall went to the brother-sister astronaut team of Max, 6, and Avalyn Lane, 15 months. Max had on a spacewalker suit while Avalyn was the pilot of a shuttle that went over her wagon.

“He likes space and we knew we had this wagon,” mom Jami Lane said of the process behind the costumes. “We were planning on going to the Centralia Parade but it was rained out.”

Victor Lopez of the Nashville Lions Club was the emcee for the event, he said there were lots of impressive costumes this year. The costume categories were reduced this year so that more prize money could be awarded to the overall winners.

He added that the event goes on thanks to the various organizations, churches and volunteers who are involved in the annual event.

“Everybody who is here has donated their own time,” he said. “I’m so glad we have another successful year.”

Lopez said that everyone who came out and dressed up deserves their own special recognition.

“They are brave for even going up there,” he said. “Everybody did so good.” 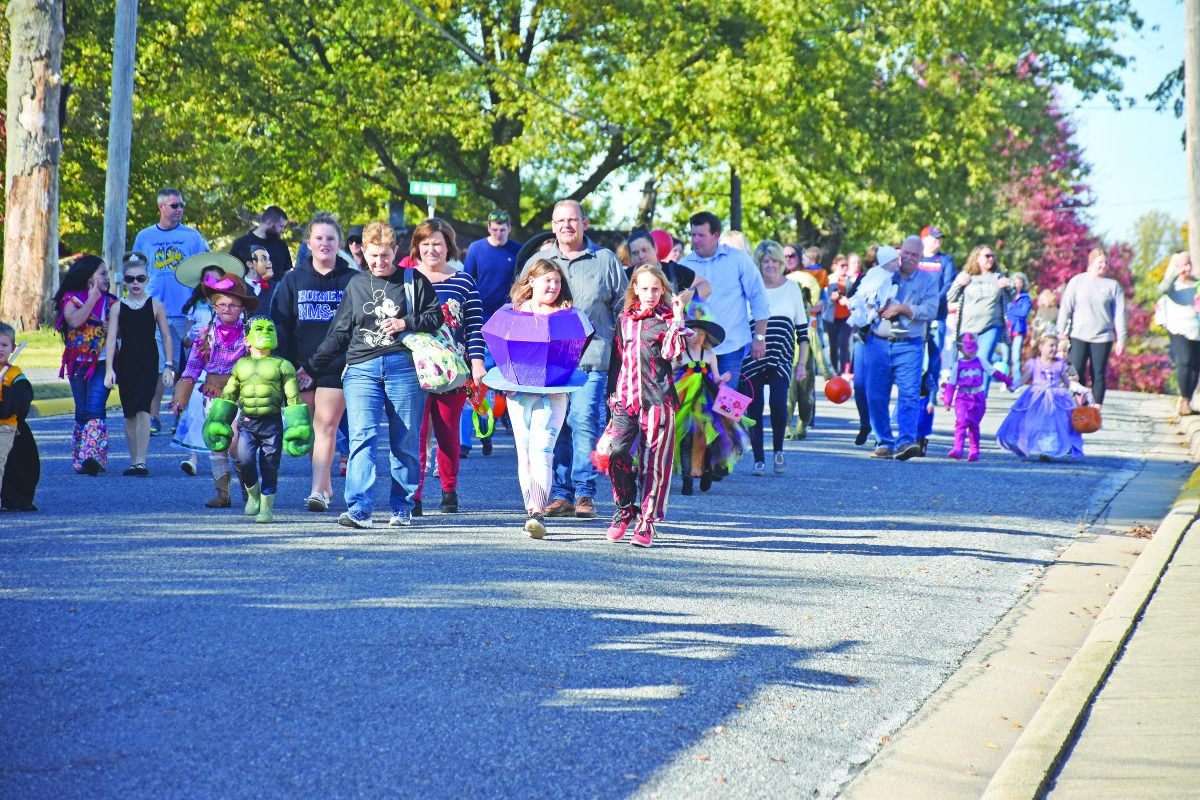 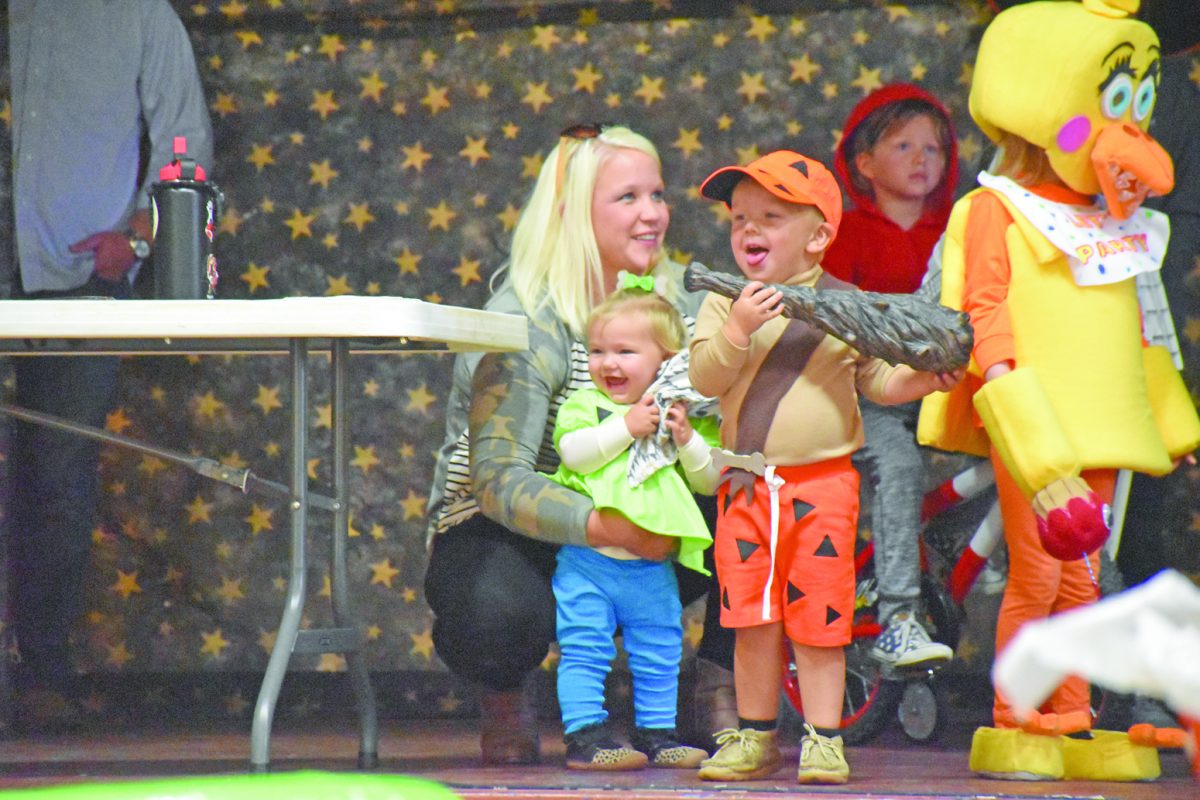 Ramzey, 3, and Izzy Provart, 2, take the stage for the cartoon characters category. 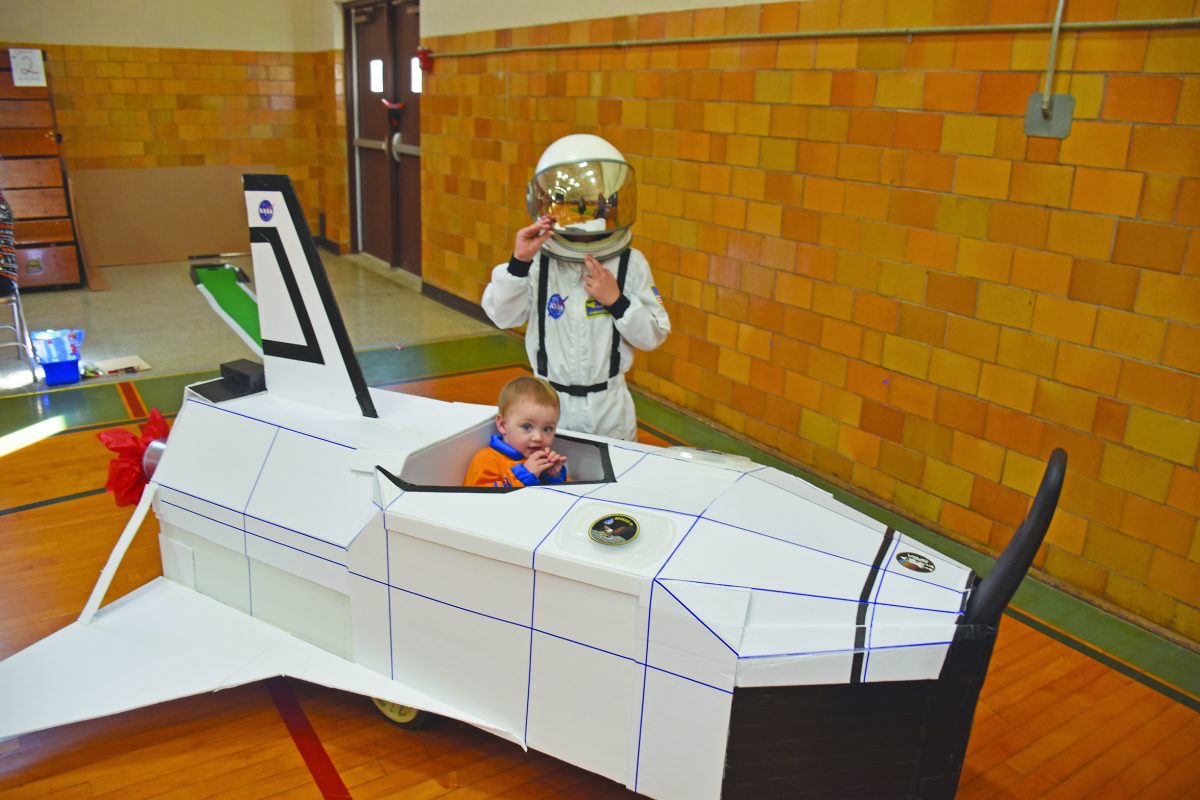