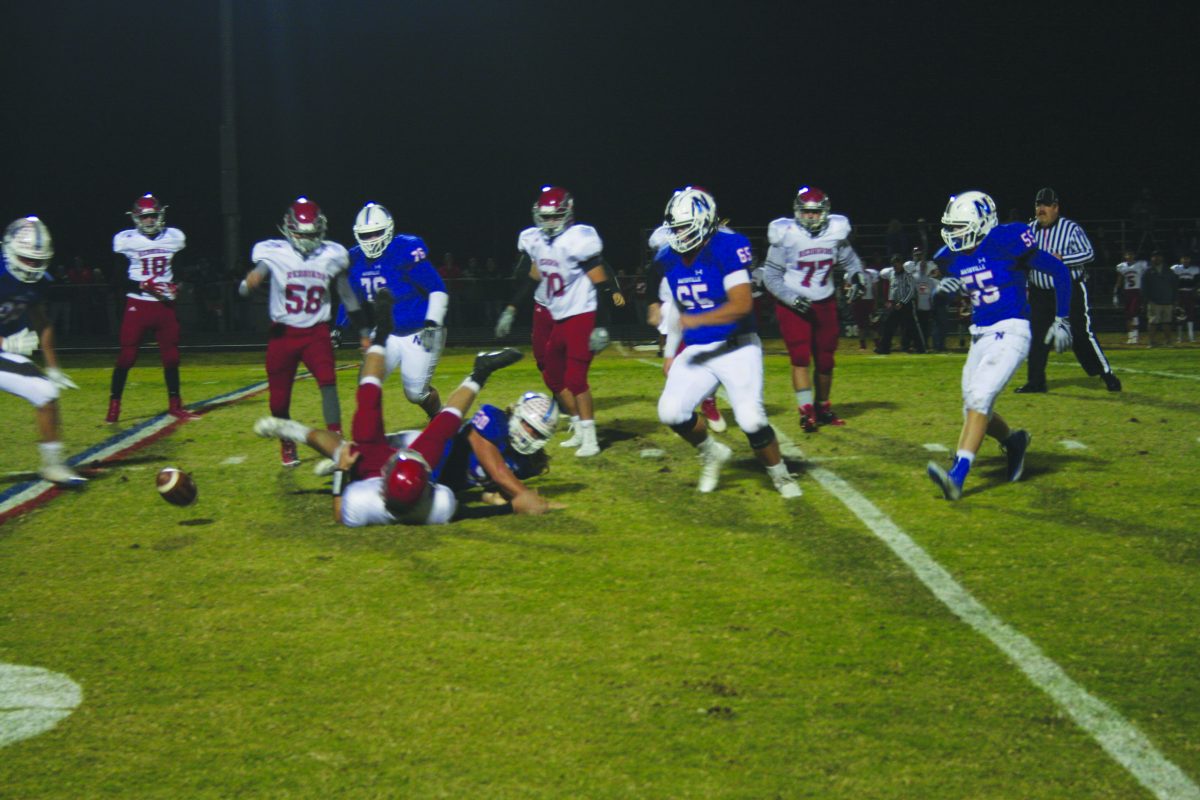 Nashville’s Rhkyer Reese sacks the quarterback and forces a fumble in Fridays 49-20 victory over West Frankfort.

Playoff football is back in Nashville. The Class 2A showdown will take place at 1:30 p.m. Saturday as the five seeded Hornets play host to the twelve seeded Blue Devils of Villa Grove (V.G.- Heritage Coop). For Nashville (8-1), Coach Kozuszek is looking forward to his team cleaning things up on the offense and defensive side of the ball.

“On offense we can’t shoot ourselves in the foot, in a tight playoff game you cannot waste any offensive possessions. The biggest thing defensively is we have to clean up our pass defense, we are still giving up too many yards through the air, so we will have to look at some different things,” Kozuszek said.

The Blue Devils come to town with an overall record of 5-4. Coach Kozuzsek describes them as a spread team that will throw multiple different looking formations at you. The Blue Devils are led by quarterback Blake Smith, one who Kozuszek describes as “dual threat, elusive, and has good speed.” He stresses that it is going to be key for the Hornets to contain the outside and not let the quarterback scramble, as much of their running game revolves around trying to get to the outside.