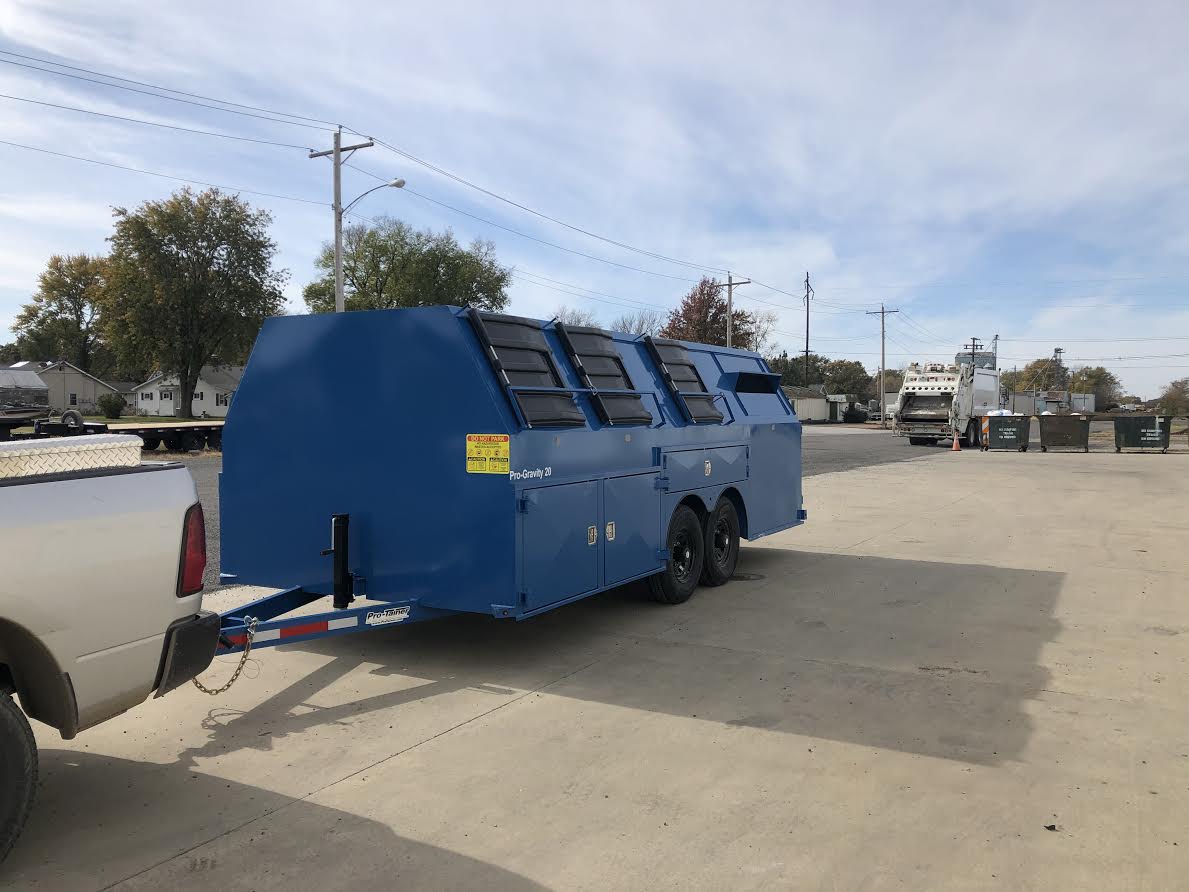 The recycling trailer has arrived, and the program returns next week. It is currently housed at the city streets department shed.

Recycling has returned to the city and an annual fee will be put in place for residents who live outside the city limits, the Nashville City Council learned and decided during its regular meeting on Thursday, November 7.

Street Superintendent Logan Gill said the previously purchased recycling trailer has arrived and is currently being held in the city streets department shed. The first official day for recycling will be on Wednesday, November 13.

The recycling program will accept cardboard, plastic (clear and colored), milk jugs, paper, magazines and cans (tin and aluminum). There will be no glass accepted.

The council also agreed to implement a $10 annual fee starting in January 2020 for those residents who live outside the city limits, according to a letter that will be distributed at the recycling site. Interested persons would be required to purchase a color-coded card at city hall, and then they would need to show the card at the recycling trailer site.

“I think we can start there, and then after a year, we can reevaluate it,” Mayor Erik Rolf said.

The card would also be up for renewal every January. Gill said Friday that city hall is currently working on the cards and more information will be available in December.

The council also agreed that if the amount needed to be adjusted, then it could be discussed at a later date.

“I think it will be easier to either go up five or down five, instead of being like 15 was too high,” Doug Hargan said. “I think 10 is a more round number. I hope people won’t think that is too outrageous but there is a cost to the city for doing it.”

The city’s recycling program begins at 7 a.m. on Wednesday, November 13, and will continue until the trailer is full. The location has also moved to the city’s Streets Department shed, 155 W. Second Street.

The council approved the purchase of a recycling trailer in September. The tandem structure was needed after the services were suspended in August following liability concerns with the city using the county’s truck.

Recycling will be then held every Saturday at the compost building starting at 8 a.m. and on Wednesday at the Street Department shed at 7 a.m. Services on those days will continue until the trailer is full.

Gill mentioned that the public’s cooperation would be appreciated during this time while things are being sorted out.

“We are going to have a lot of people coming,” in, he said. “Just be patient. We will get to it when we can.”

“We are bound to be backlogged since we were out for so long, and people have been storing it up and we only have x amount of space,” Hargan said.