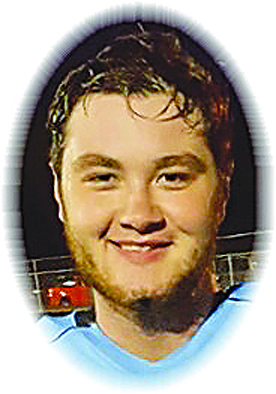 Alek was born on November 14, 2001, in Carbondale, IL, a son to Charles and Bridget (Hiller) Shopinski.  Alek was a senior at Pinckneyville Community High School and was a lineman on the football team and served on the student council.  He was an avid video gamer who loved his friends and making them laugh, and loved reading and music.

He was preceded in death by his maternal grandmother, Ceil Hiller Moore; uncle, Kevin Hiller; and cousin, Devin Hiller.

Because of Alek’s love of reading, the family has requested donations of books, in lieu of flowers, to be donated to the Pinckneyville Community High School Library.  Book donations will be accepted at the PCHS Library or at the church during the visitation hours.

Pyatt Funeral Home, Pinckneyville, IL, has been entrusted with the arrangements.