If you are a Hornet football fan, your Saturday probably consisted of a long road trip with your friends and your GPS. About three hours north of home, Bismarck-Henning High School was the scene for Saturday’s 2A clash between Nashville and the host team, the Bismark-Henning Blue Devils.

The visiting Hornets did not waste any time making their presence known. After a Blue Devil penalty kept Nashville’s opening drive alive, Cole Malawy would find Gavin Baldwin for a 4-yard touchdown, giving Nashville a 7-0 lead early in the first.

Like Nashville, the home team was able to score on their first drive. The score was knotted up at 7 midway through the first thanks to a 1-yard touchdown from All-State running back Caleb Lahey.

After a Nashville fumble, the Blue Devils were able to take advantage of a short field and took the lead 14-7 a minute and a half into the second frame on another one yard run, this one coming from Avery McConkey. On Nashville’s ensuing drive an unnecessary roughness penalty following a Bryce Meyer run put the Hornets at the half yard line.

One play later Baldwin found the end zone again. This time, it was courtesy of a 1-yard run, and the game was once again tied at 14 a piece. The teams would take that score into the locker room.

Late in the third quarter on a Blue Devil punt, Bryce Donoto made a brilliant special team’s play to chase the ball down and pin it on on the one yard line. After the defense forced a quick three-and-out, Nashville ‘s offense would be set up with a short field.

The only scoring in the third quarter came on a 1-yard go-ahead touchdown run from Connor Gladson which gave Nashville a 21-14 lead.

The Malawy-Turner connection was big time. Malawy finished 23-29 for 235 yards. Eight of those went to Turner, who finished with 120 yards and the one touchdown Nashville was able to pitch a shutout in the second half. They key to Nashville pulling away in the second half was not allowing them the big play.

“They have athletes all over the field just like we do, I think we did a good job of keeping them in check. I don’t think they ever really took momentum in the game,” Kozuzsek said.

The Hornets were also able to keep All-State running back Caleb Lahey in check.

“They don’t make many like him with that type of size and athleticism. We didn’t let him spring any,” Kozuzsek said.

“Great effort all the way around, the execution was there,” said Head Coach Stephen Kozuzsek after the team’s victory.

The win puts Nashville at 10-1 on the year. Bismarck-Henning finishes the season with a mark of 9-2. The Hornets are back home against the number one seeded Pana Panthers Saturday for a third round matchup. Kickoff is at 1 p.m. 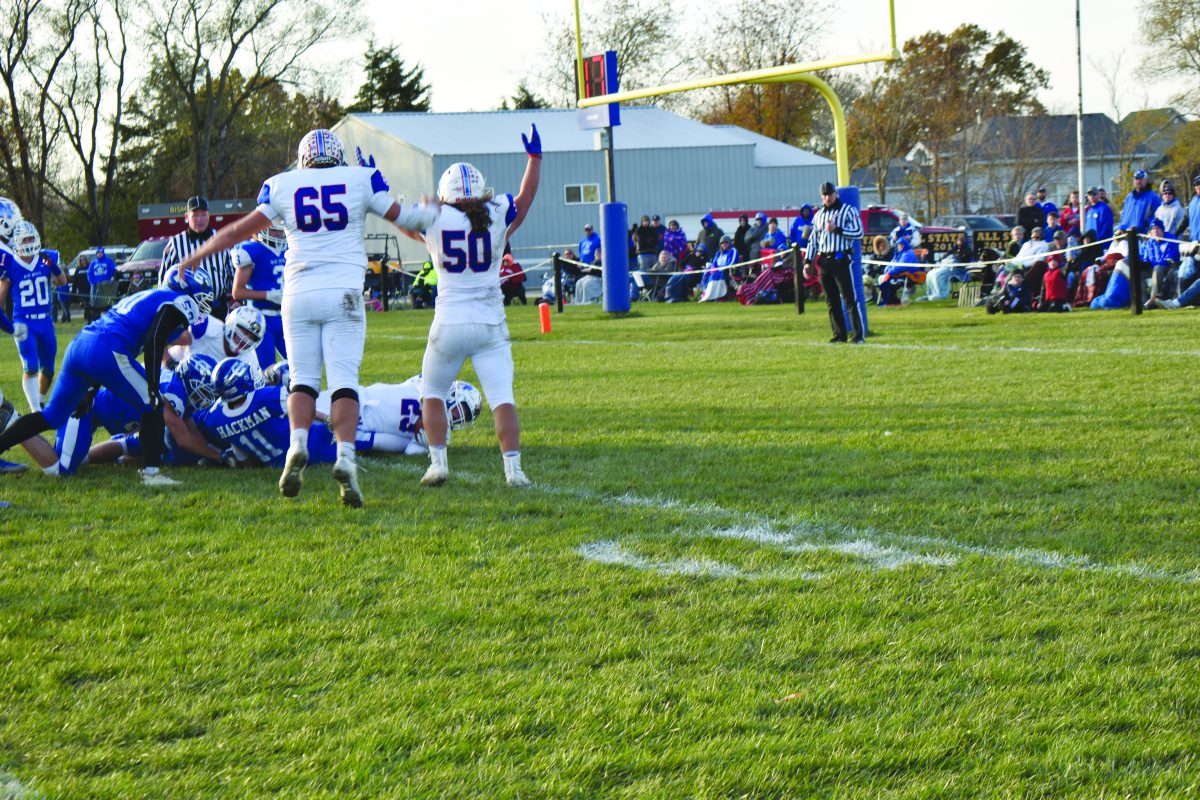 Rhkyer Reese and Neil Kabat celebrate Connor Gladson’s touchdown which gave Nashville a 21-14 lead. Gladson has been heavily relied on during the playoffs due to the injuries suffered by Julian Metcalf and Luke Ehret and has responded by scoring touchdowns in each of the last two games. Below, Isaac Turner comes down with the 24-yard touchdown catch late in the fourth to give the Hornets a 28-14 lead. 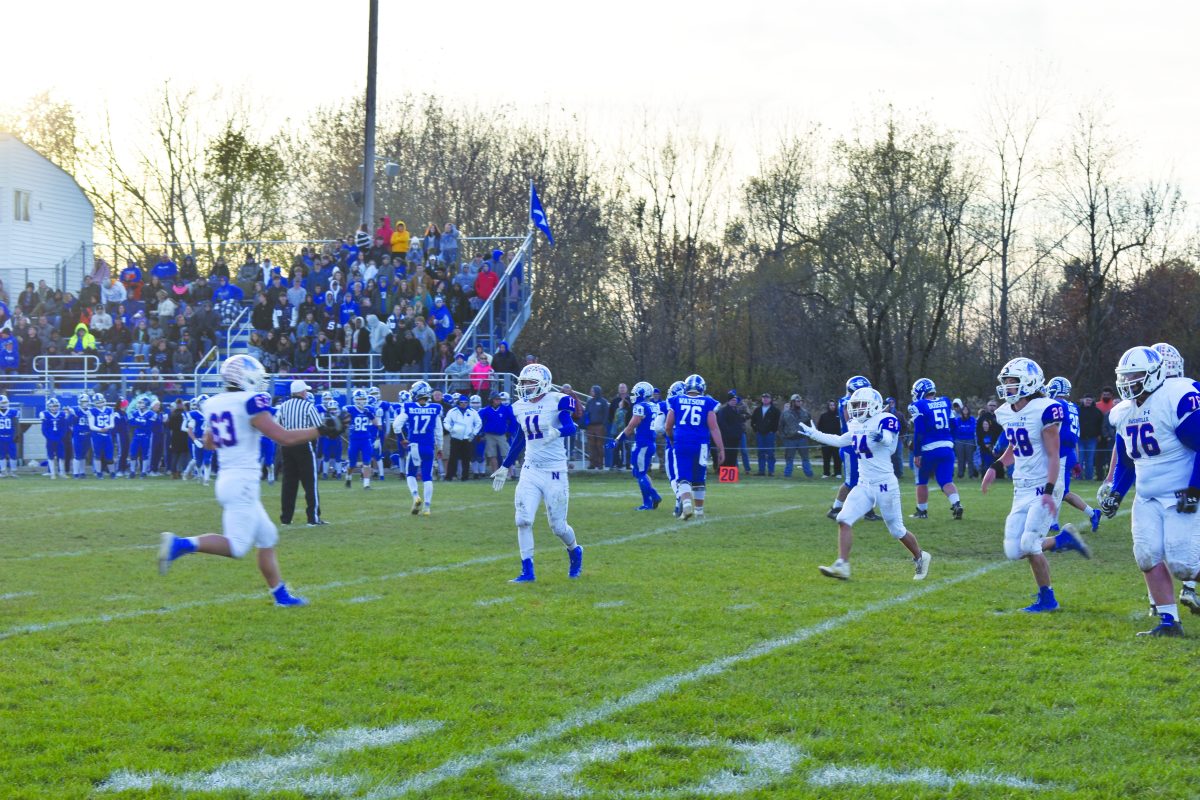