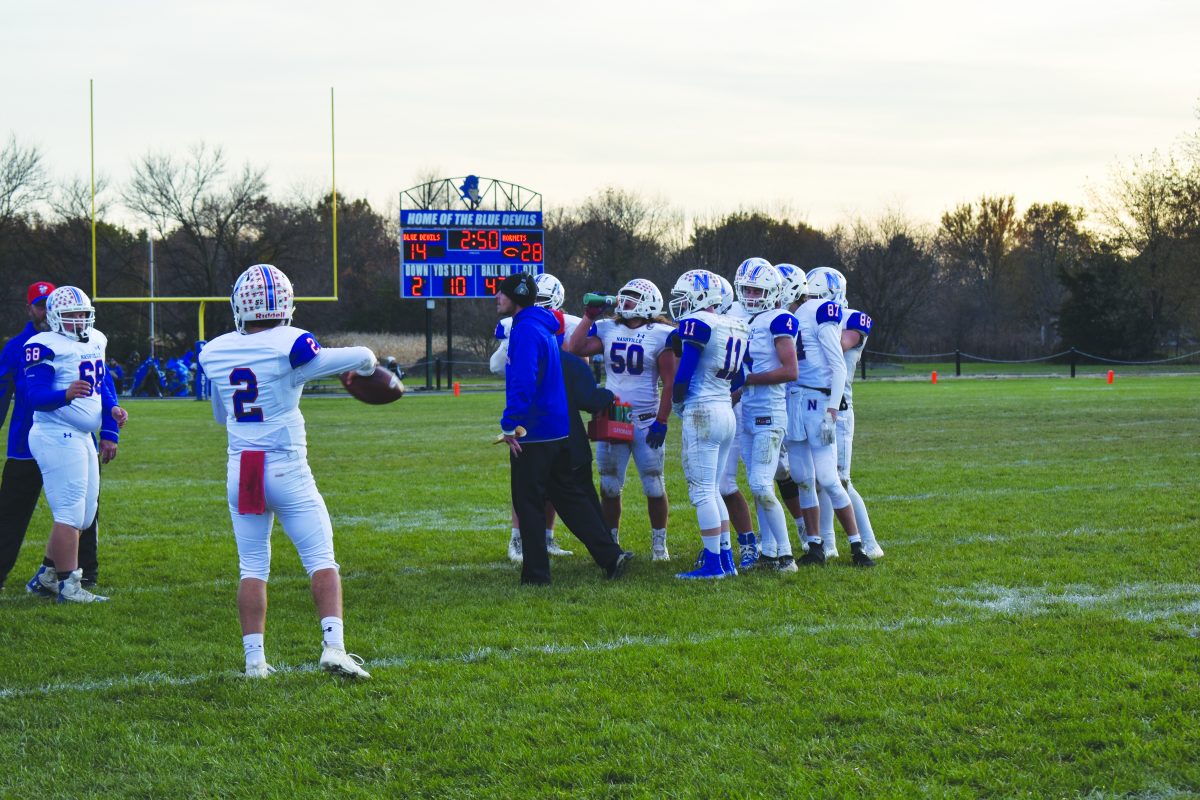 Coach Kozuszek and his team discuss strategy late in the game Saturday.

Pana (10-1) will come into Nashville Saturday as the highest ranked team in the 2A bracket. Their offense is very similar to Nashville’s. They are a spread team with very good speed. They like to get the ball to their athletes in space. They can cause problems on the ground or the air. With Senior Jonah Lauff calling plays, his experience at QB shows, mixing the plays up as needed. Bryce Edmiston, a senior, is a favorite target. Lineman Wes Dixon can gain ground, powering through when low yardage is needed. Cameron Owens, Edmiston, and occassionally Jacob Klein run the ball. Lane Perry is another to watch for. The Panther defense has been improving steadily through post season. They do not have a lot of size, but they are quick and produced many sacks in regular and post season play. They are a very well rounded team. After a highly penalized first round win, Nashville was able to clean things up against Bismarck-Henning, and they will look to continue that against Pana.

“Last week (against Villa Grove)  it was so sloppy, there’s a few holding calls that we would like to eliminate, but overall I was pleased,” Coach Kozuszek said after Saturday’s victory.