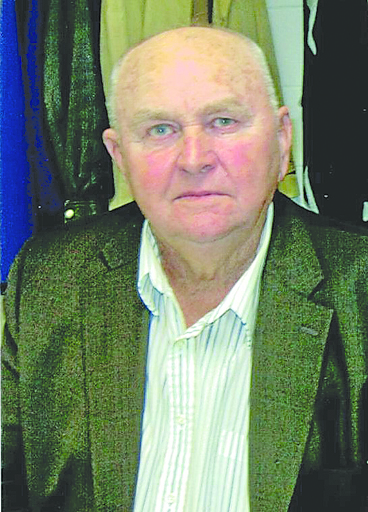 He was born on July 23, 1932 in rural Centralia, the son of Louis and Mary Halstenberg Arning.  He married Margaret Guetersloh on February 10, 1957 at Trinity Lutheran Church in Hoyleton.

Left to mourn his passing is his wife of 62 years, 2 sons; Earl Arning and Daniel Arning both of Centralia.  2 granddaughters; Melissa Leuthardt of St. Louis, MO and Jennifer Arning of Newbury, IN.  2 great grandchildren; Ellie and Hunter Leuthardt both of St. Louis, MO.  Numerous nieces and nephews.  He was preceded in death by his parents, 3 brothers; Warren, Victor and Edwin Arning and 4 sisters; Pauline Hicks, Rosalie Maschhoff, Corrine Selmanaj and Frances Meyer.

Norman was an Army veteran of the Korean war.  He was a Sgt. In the 92nd A.F.A. Red Devils from 1953-54. Norman farmed all his life in the Hoyleton area.  He was a member of Trinity Lutheran Church in Hoyleton where he previously served as an elder and was past chairman of the school board.  He was a member of the Washington County Farm Bureau and American Legion Post #110 in Nashville.  He loved hunting and fishing

Funeral services will be held at 11:00 a.m. on Wednesday, November 20, 2019 at Trinity Lutheran Church in Hoyleton with Rev. Nathan Wollenberg officiating.  Burial will follow in the church cemetery.  Friends may call from 9:00 a.m. until service time on Wednesday at the church.

Memorial contributions may be made to Trinity Lutheran Church. Styninger Funeral & Cremation Chapel in Hoyleton is in charge of arrangements.