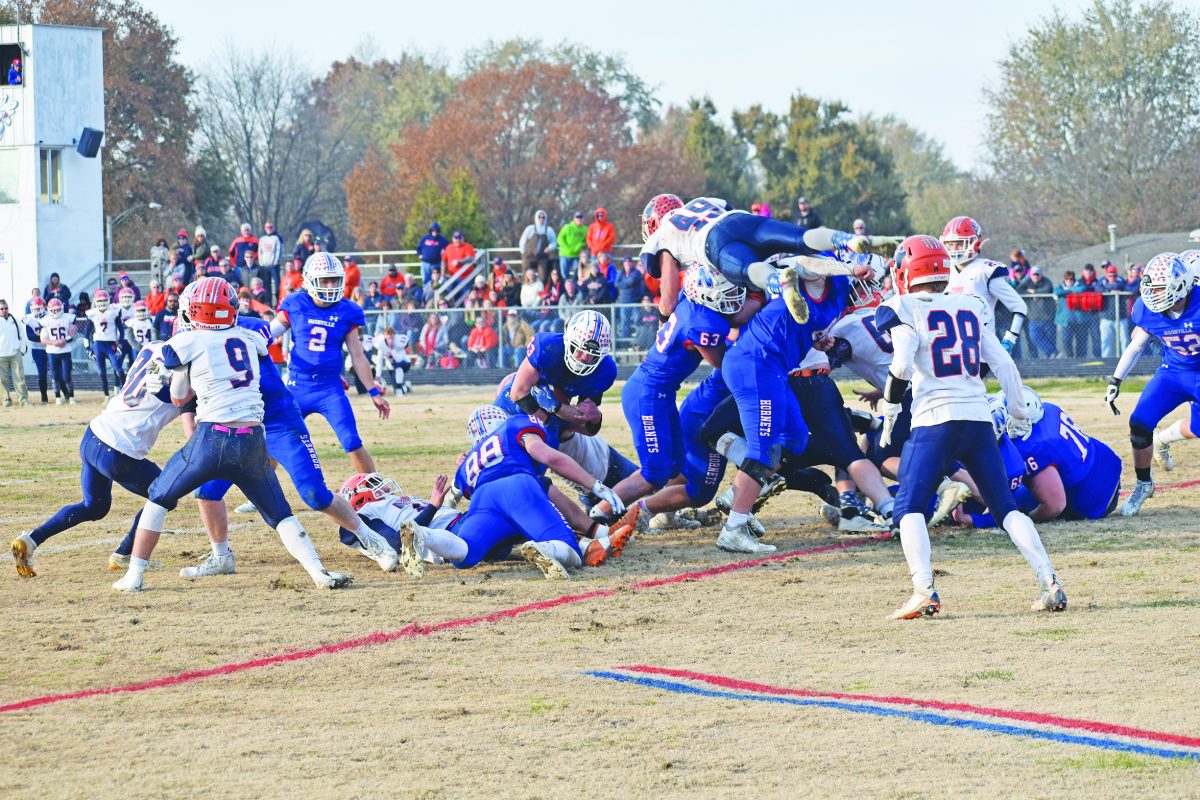 After their home victory Saturday, the Hornets will yet again soldier up north for a 1:00 p.m. 2A State Semifinal matchup against the Decatur St. Teresas Bulldogs. The two teams have matching 11-1 records on the season. Decatur is coming off of a convincing 34-6 beat down of Auburn. As was Pana’s, the Bulldog’s offense is similar to that of Nashville’s. According to Coach Kozuszek, they have a very balanced attack. They run a spread scheme which is similar to the Hornets. Their rushing attack is led by Denim Cook. The Nashville head coach compared him to Bismarck-Henning’s. Cook has the ability to run between the tackles as well as the speed to burst it outside. The Hornets are looking to have similar success in containing the star running back as they did two weeks ago. They also try and use their athletic receiving core to stretch the field vertically and horizontally. On the defensive side of the ball, they “get after it.” They have good team speed and swarm the ball very well. It will once again be key for the Hornets to contain the outside. Their defense will also look to continue to force turnovers, as they were able to come away with four against Pana.