When asked about his feelings after Nashville’s (12-1) semi-final win over Decatur St. Teresa’s, Nashville Head Coach Stephen Kozuzsek was short and sweet.

“It’s hard to put into words, excited, relief is probably fitting too,” Kozuszek said after the Hornets defeated the Bulldogs (11-2) 35-21 Saturday to advance to the Class 2A State Championship game.

Even though Nashville came out on top, it was the home team that drew first blood in this contest. After Nashville failed to put up points on the opening drive of the game, St. Teresa’s did the opposite. The score came on a 36-yard pass from Jack Hogan to Jacob Bayles. As they have done throughout the duration of the postseason, the Hornets responded. Julian Metcalf picked up where he left off from his four-touchdown performance against Pana and evened things up at seven with a one-yard run. It appeared to be a shootout in the making after Denim Cook found the endzone with just under a minute to play in the first, giving the Bulldogs the 14-7 lead heading into the second.

After being down for the second time in the game, the Hornets continued to be a model of resiliency. On Nashville’s ensuing drive, Metcalf kept things alive on a 24-yard scamper which set the Hornets up inside the ten. Soon after, Cole Malawy threw a pass into the endzone intended for Nick Miller. Although resilient, Nashville showed us to win postseason games, sometimes luck must be on your side.as well. The ball went through the hands of the Bulldog player, hit off his helmet and skied into the air only to land in the arms of none other than Miller himself.  After the crazy carom, the game was knotted up at fourteen. Just before the end of the first half, St. Teresa’s ran into a fourth-and-one scenario. With highly touted running back Denim Cook in the backfield, it was no secret who the Bulldogs would look to in short yardage situations. The Hornets were able to sniff out the run and stuff the Bulldogs. The turnover on downs set the Hornet offense up at midfield with less than two minutes to play in the half.

“That’s big because that would’ve given them the momentum, and they were getting the ball to start the half, that would not have been good,” Coach Kozuszek said.

After the stop by the Nashville defense, the offense was able to take advantage of the field position. With 1:50 left in the half, Metcalf capped off the drive with a 7-yard touchdown run. The score gave the Hornets a 21-14 edge, one they would take into the locker room at halftime.

Much of the third quarter was a defensive battle, as neither team was able to sustain drives or score any points. With seconds remaining in the quarter, Nashville’s offense was able to get the pig skin to the Bulldog five. On the first play of the final frame, the Hornets ran a sweep play for Miller. The junior speedster turned on the jets and found his way into the end zone for the 5-yard score. The Nashville lead had extended to 28-14.

On the Bulldog’s answering drive, Jace Matecki sacked Hogan, and St. Teresa’s was up against a 3rd and 15. Against the number one seeded Pana Panthers, Isaac Turner was able to snag two interceptions. On Saturday he struck again. With the Bulldogs desperately trying to muster something together, Turner intercepted Hogan. The takeaway set the Hornets up at their 42-yard line. Three plays later, Isaac Turner struck again, this time from the offensive side of the ball. After Malawy found Turner towards the Bulldog sideline, the receiver shook his defender, turned upfield, and bolted for the 60-yard catch and run touchdown. Turner finished the game with seven catches for 130 yards. Malawy tallied 284 yards on 18-28 passing and two touchdowns. The Hornet lead was now at three touchdowns with 9:44 left in the contest. St. Teresa’s was able to add a late score via a 26-yard run from Cook, but the lead proved to be insurmountable. The Hornets would cruise for the 35-21 win, advancing to the state championship game.

After the Bulldogs scored two touchdowns in the first quarter, Nashville’s defense was able to put the clamps on. The Hornets were able to outscore their opponent 28-7 after an early 14-7 deficit.

“I thought we swarmed the ball really well. Number two (Cook) did not get many yards after contact. I thought we did a good job on number twenty-one (Joey Staab), we limited his big plays. I thought our defensive backs did a great job in their coverage downfield; breaking up some of their shots,” Kozuszek said.

As mentioned last week after the victory against Pana, Coach Kozuszek stressed the importance of the Hornets wearing down their opponents as the game goes along.

“I thought we wore them out a little bit, just like we had the last two rounds. We told them no matter what happens to stay in the fight because each round we have more teams down, and they’ve been gassed by the fourth quarter, and I thought that showed today too,” Kozuszek said.

The Hornets will compete in the 2A State Championship game at 1 p.m. on Friday at Huskie Stadium in Dekalb versus Sterling Newman Central Catholic High School. 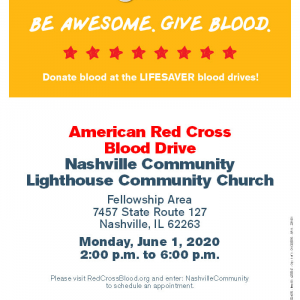 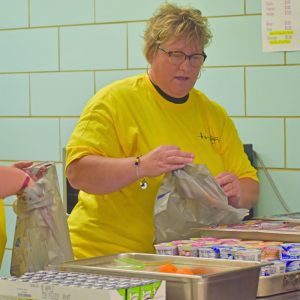