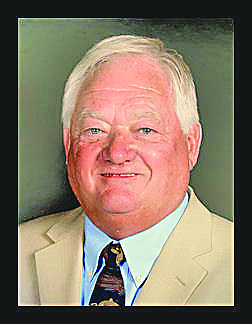 Mr. Paul Edmund Finke of Oxford, Florida, formerly of Centralia, IL departed this life at 12:09 pm on Tuesday, November 26, 2019 at the Cornerstone Hospice House in The Villages, FL. He had attained the age of 76 years 4 months and 5 days.

Paul attended St. John’s Lutheran School and Nashville High School. He then graduated from Southern Illinois University in Edwardsville in 1974. He worked on the family farm and the Covington Stone Quarry early in life. Paul retired after 40 years from Farmers State Bank. He was the co-owner of the Schnitzmeyer Insurance Agency for nearly 30 years. Paul served as the manager of New Minden Mutual Insurance Company for many years. Hel was a 4H leader, youth sports coach, Sunday School teacher, and church elder. Paul was of the Lutheran faith and attended St. John’s Lutheran Church in New Minden, Trinity Lutheran Church in Hoffman, and most recently Amazing Grace Lutheran Church in Wildwood, FL.

In addition to his parents, he was preceded in death by his brother, Henry Finke.

Celebration of Life Service will be held on Thursday, December 5th, 2019 at 11 AM at St. John’s Lutheran Church in New Minden, IL with Pastor Timothy Mueller and Pastor Stephen Krenz officiating.  Interment will follow in the church cemetery.

Friends may call at the Campagna Funeral Home in Nashville, IL on Wednesday, December 4th from 5 PM until 8 PM, on Thursday from 7:30 AM until 9 AM and then at the church from 10 AM until the service hour.