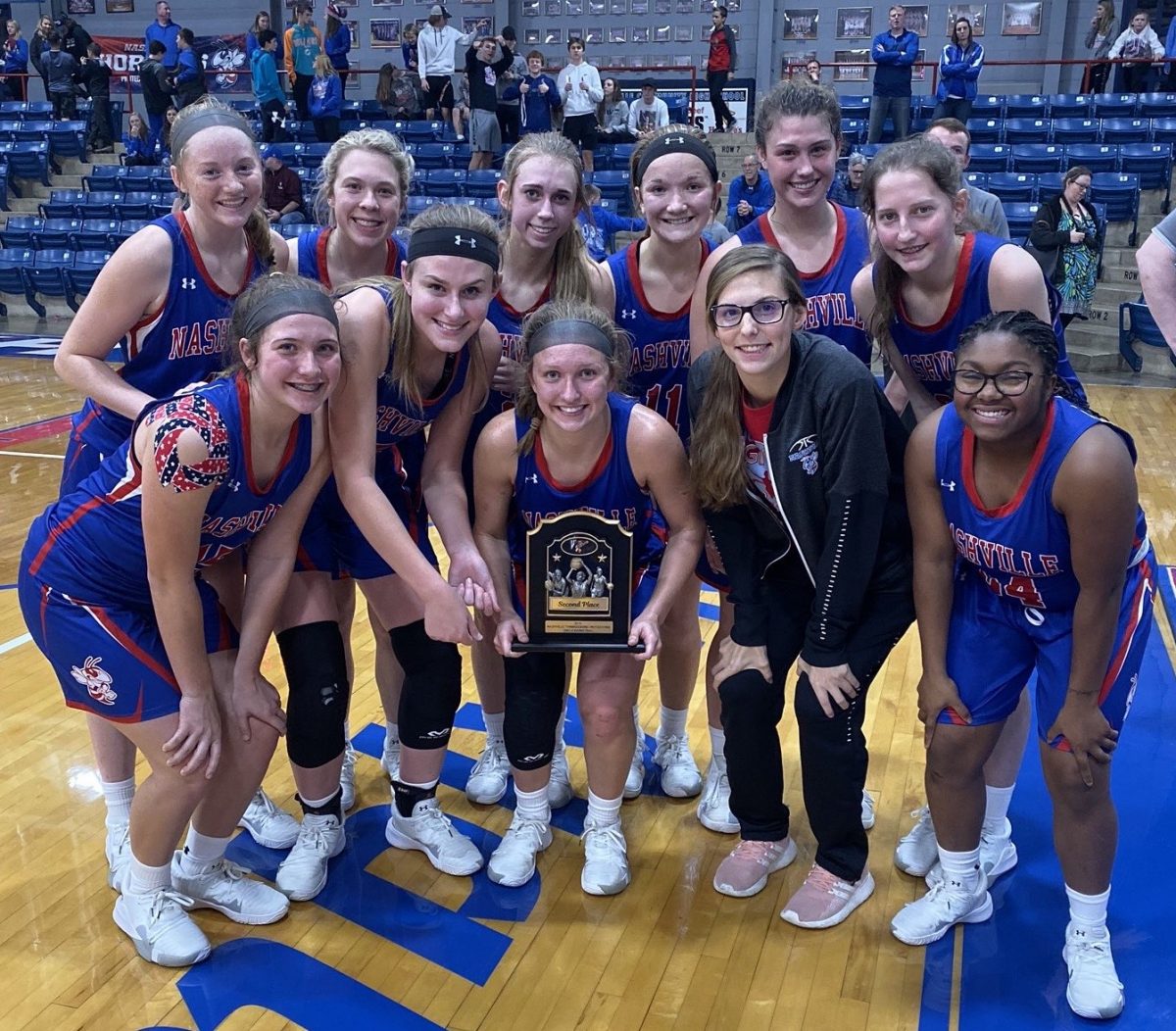 Less than a year removed from their crushing defeat in the Super-Sectional game against the Wooden Shoes, the Hornette’s basketball team began the new campaign Monday at their annual Thanksgiving tournament. Their first matchup of the season came against the Mascoutah Lady Indians. It was a very tightly contested first quarter, but the Hornettes’ were able to hold a slight edge after the opening frame, leading 10-9. The scoring would pick up in the second quarter for both teams, and the Hornettes were able to go into the halftime break with a 28-19 lead. The Hornettes’ were able to hold on in the second half, and eventually came away with the win, 54-46. Seniors, Sabrina Kollbaum and Rylee Leuchtefeld, led the team in scoring with 19 and 16. Emily Schnitker added four, while Cole, Boester, Kozuszek, Frazier, and Donato all threw in three. The busy week continued Tuesday against the Wesclin Lady Warriors. The girls were able to dominate from the start. In the first quarter the Hornettes’ were able to start the game on a 9-0 run before rolling into the second quarter with a 24-9 lead. By halftime, the lead had swelled to 46-18. Nashville continued to score at will in the second half in route to a 60-27 victory. Sabrina Kollbaum stepped up with 14 points. Leuchtefeld and Cole both threw in 13 apiece. Halle Reuter added six, Schnitker and Donato both had five, and Daphne Kollbaum and Boester rounded out the scoring with two. Although early in the season, Head Coach Doug Althoff liked the adjustments his team made from game one to game two.

The Hornettes would take their undefeated record into a Saturday afternoon matchup against their country rivals, the Lady Rockets of Okawville. Nashville’s defense made it tough on Okawville throughout the game, as they were able to hold the Lady Rockets to a modest six points at halftime. After three, the score was 26-12 in favor of the host team. The Hornettes were able to advance to the championship game with a 34-22 victory. Cole was the high scorer, finishing with 18. Sabrina Kollbaum threw in seven, Schnitker added six, Boester threw in two, and Luechtefeld finished with one. After the victory over rival Okawville, the Hornettes were matched up with the Lady Kahoks of Collinsville High School. In a tightly contest first quarter, Collinsville held a slight advantage and went into the second frame with a 11-9 lead. The contest remained close throughout the second quarter, but Nashville found themselves trailing by three at the half. After the third period, Nashville trailed 30-25. The close game set the stage for an exciting fourth quarter. Although trailing, the Hornettes continued to show fight. Late in the third, sophomore’s Schnitker and Cole drained triples on consecutive possessions, bringing Nashville back to within three, 36-33. Schnitker struck again with 57 tickets left in the game and was able to even things up on a three pointer from the top of the arc. The fourth quarter comeback extended the championship game into overtime. The Lady Kahoks were able to outscore the Hornettes 8-0 in the extra period and took the game 44-36. Cole led the scoring with 12 points. Schnitker, who hit two late three pointers, finished with nine. Leuchtefeld finished with six, and Sabrina Kollbaum finished with five. Reuter would finish off the scoring with four. A 3-1 record in the tournament landed Nashville (3-1) second place. The Hornettes will be back in action Tuesday night as they play host to Anna-Jonesboro. 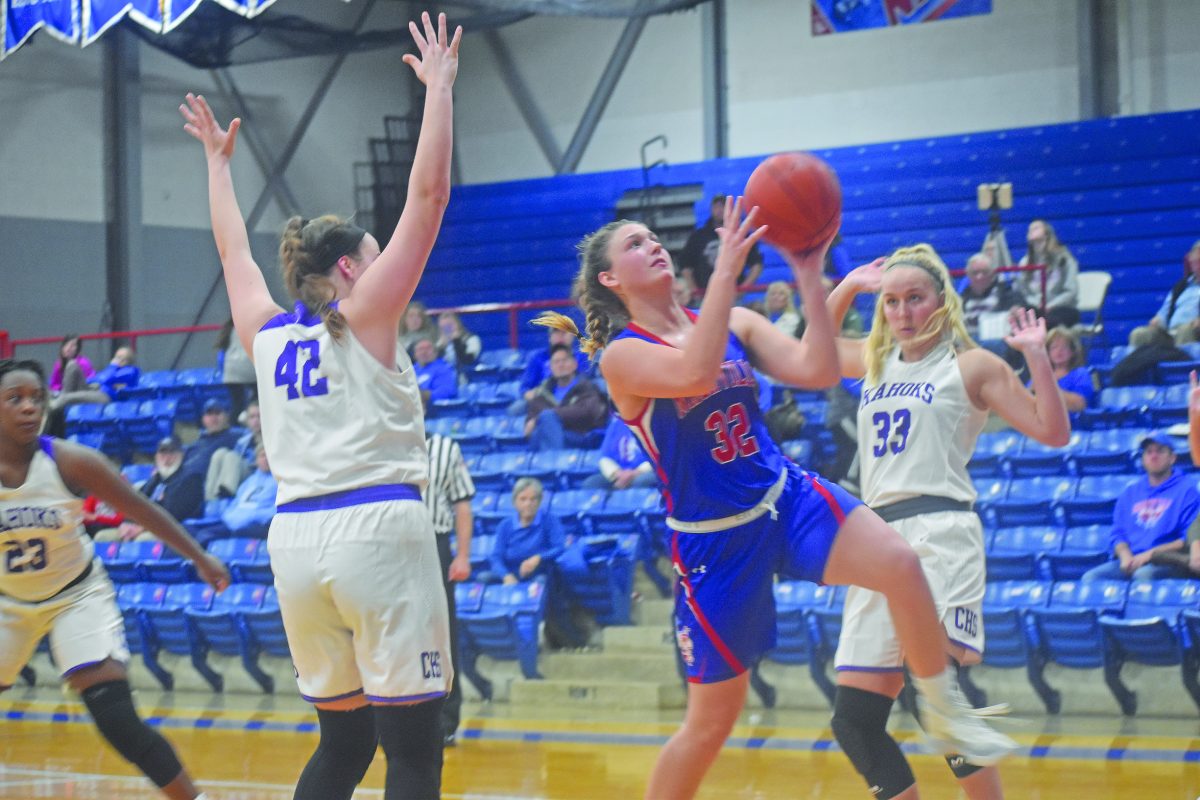 Alyssa Cole drives to the hoop during the Nashville-Collinsville game.