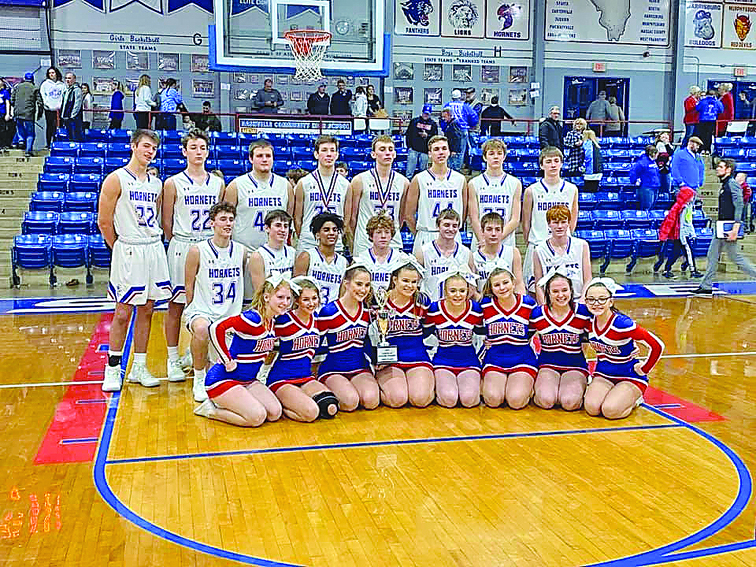 Last weekend we saw the Hornets split a pair of road games. This past week, they would have the chance to get back to their winning ways as they hosted their annual NIT Tournament. This year, the field presented the likes of Brentwood, Mascoutah, Central, Mater Dei, Metro East Lutheran, and the host Hornets.

The Hornets began tournament play on Wednesday against Brentwood. Following a pair of games where the Hornets struggled to make shots, Wednesday’s game featured a much different looking team. Nashville was able to knock down their last five shots of the quarter to take a comfortable 18-7 lead over the Eagles going into the second quarter. Just over three minutes into the second quarter, the Eagles were forced to burn a timeout after a Buzz Ritzel triple put the Hornets up by twelve. Brentwood was able to cut the Hornet lead to ten, but that was as close as they came. Nashville was able to close the half out on an 8-2 run to take a sixteen point lead. The Hornet lead was in large part because of their 60 percent shooting mark.

“We all knew we could shoot the basketball, and we were going to, and we just stepped up and drilled them. The people off the bench shot it well, we got to the basket and got some easy layups. It just seemed like we were a little more back in sync,” Coach Harre said after his team’s scorching start to the game.

The Hornets were able to continue to keep momentum on their side, and after Isaac Turner scored the last five points of the third quarter, Nashville’s margin was at twenty-two. The Hornets would eventually hold on for a 59-27 victory.

“I thought we played pretty well. It was nice to get back home. I thought we took care of business and did the things we needed to do,” Harre said.

The Hornets were able to spread the wealth offensively as they had four players finish in double figures. Carson Parker led all scorers with 19. Turner finished with 13, Pelczynski added 11 more, and Jaxon Goforth collected ten.

Ritzel knocked down a pair of shots from behind the arc to finish with six. The Hornets would next see the floor in a Friday matchup against Mascoutah. This is the second time the two teams have squared off this season. Nashville won the first contest earlier in the season to take the Mascoutah Tip Off Classic. Mascoutah was looking to return the favor, and Head Coach Wayne Harre was aware of that.

“They’re all good athletes, they play good competition, and of course we will have our hands full. They play 3A basketball, so again it’ll be a tough game for us.”

Early on, the Hornets looked to be in control of the game. A Matt Anderson field goal put the Hornets up by seven, and they were able to carry a six point lead into period number two. Although Nashville was able to grab the early lead, the Indians refused to ride into the night quietly. There were eleven points scored in the second quarter. Mascoutah tallied nine of those. The 9-2 burst put the Indians ahead of Nashville by one point at the intermission. The theme of “back and forth” continued into the second half.

The Indians were able to score first in the third quarter to enlarge their lead to three, but the Hornets did not go away. Four lead changes took place in period three. The Hornets were aided by two triples from Ritzel and Pelczynski late in the quarter, and the Hornet lead had grown to five. The Indians answered with a three of their own, but it was Nashville who owned a two point lead with eight minutes left.

There were multiple lead changes in the final frame, but four Pelczynski free throws in the final minutes were enough to put the Hornets over the top. The Hornets moved to 2-0 in the tournament with a 34-30 victory.

Pelczynski was the high point man after finishing with 17. Parker added six, Anderson and Ritzel threw in four, and Turner had three.

On Saturday night, Nashville met Mater Dei for the second time this season. A slower first quarter ended with a near full-court buzzer beater  from Tristen Hercules to put the Hornets within five points after being down much of quarter.

Nashville was propeled by a big second quarter to end the half at 20-17 over the Knights.

Terry Pelczynski would nail his third triple at the end of the third quarter to strengthen the Hornets’ lead, 35-29.

The score would get closer in the fourth but another three from Pelczynski with less than a minute to go and one clutch free throw helped seal the victory.

The boys are back in action this Friday, January 31, at Anna-Jonesboro, and then at home against Carlyle on Saturday. 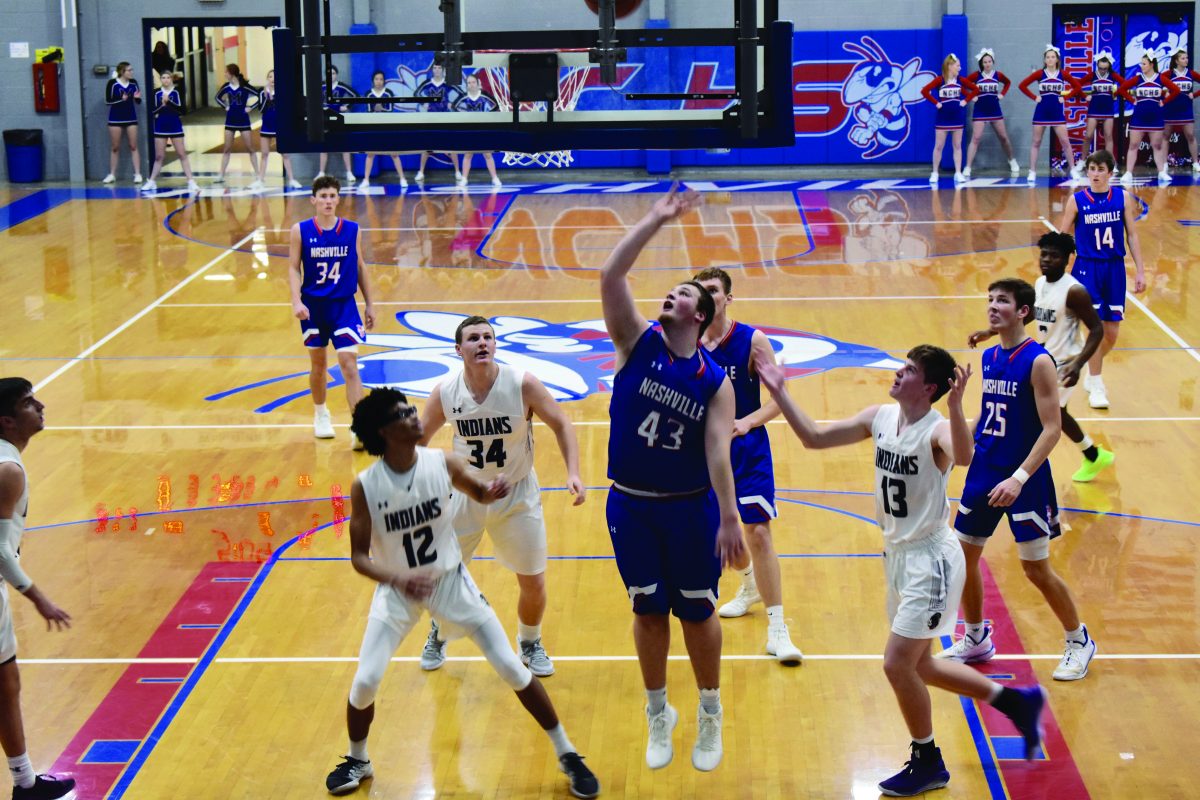 Above: Matt Anderson lays it in at the base line during the Hornets’ victory over Mascoutah. 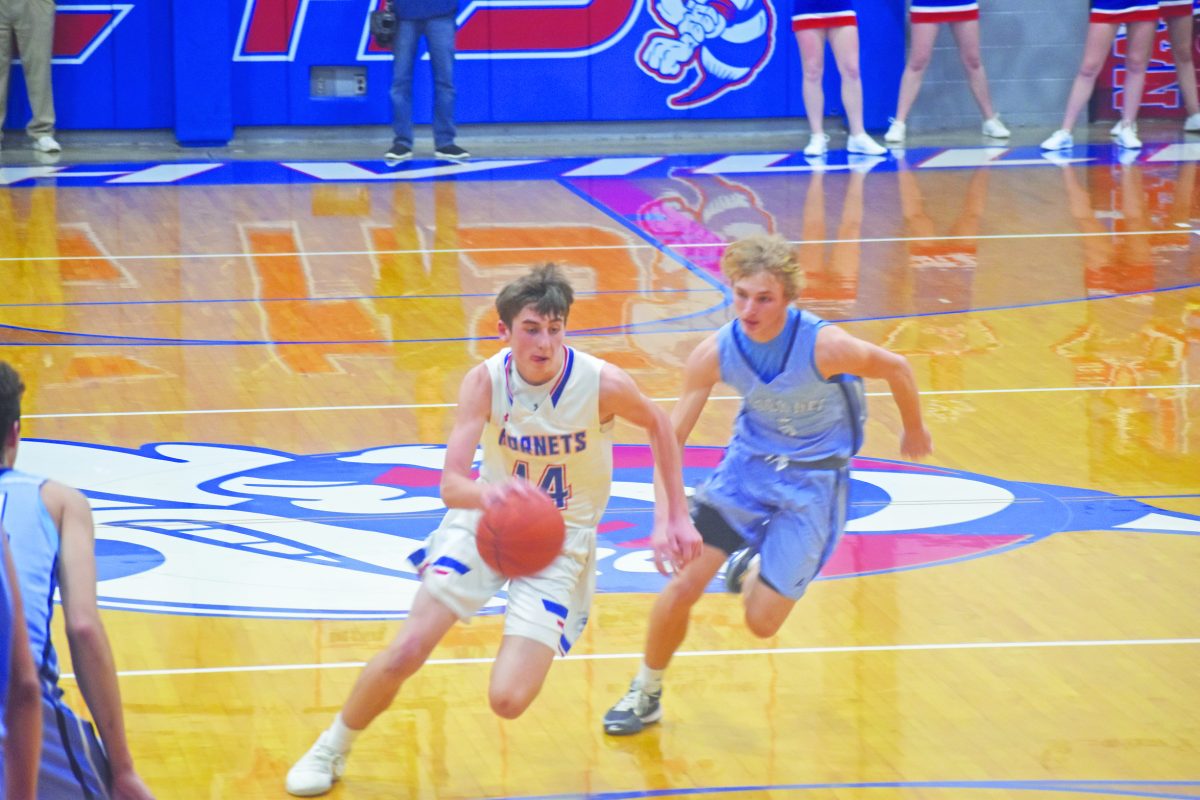 Below: Buzz Ritzel drives around a Mater Dei defender. 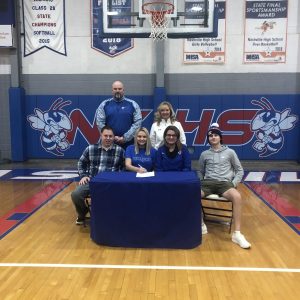 Hamilton To Swim at Milikin University