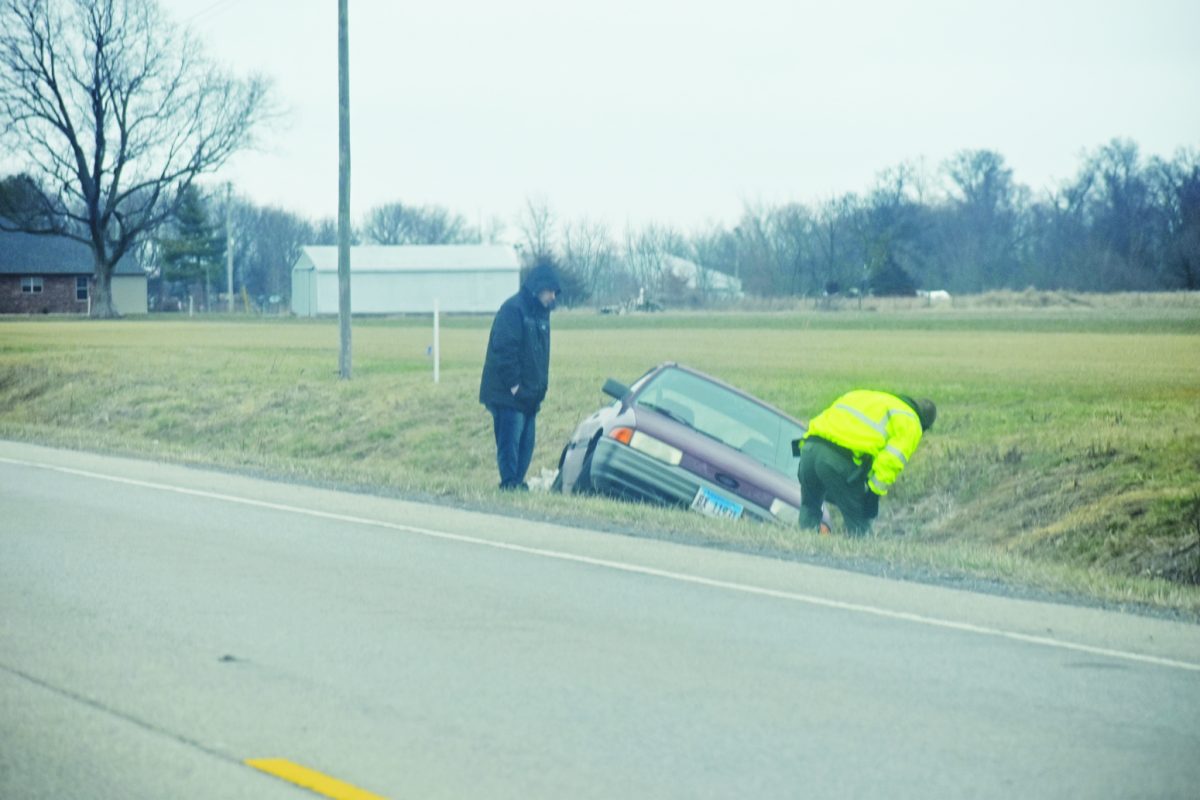 Police responded to a two car accident on State Route 127 north of Mockingbird Road at approximately 1:38 p.m. on Tuesday, January 28. According to reports, Keith Baugher of Nashville was traveling south when the vehicle began to cross into the northbound lane.

Megan Guinup was traveling north and she crossed into the soft shoulder in an attempt to avoid the impact. Baugher’s vehicle ended up clipping the left rear of Guinup’s car, which caused it to enter the deep ditch and roll onto the passenger side.

Pictured here, emergency officers survey the damage to Baugher’s vehicle. Traffic was reduced to one lane for more than an hour after the accident.