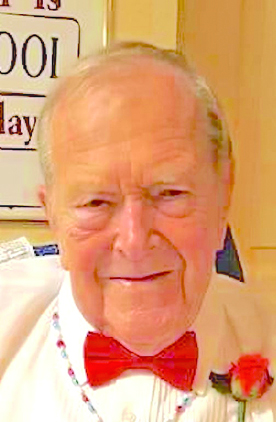 He attended school in Fayetteville, IL, and was drafted into the U.S. Army during the Korean War. After he was called to serve in the Army, Ted married Agnes (Aggie) nee Bury. They were married for 64 years. Whitey loved spending time with family, camping at Washington County Lake, and traveling in his motor home around the country. He and his wife, Aggie, were members of Holy Trinity Church in Fairview Heights and members of the Polish American War Vets in Caseyville, IL.  Whitey also belonged to the St. Libory American Legion and owned many businesses during his lifetime. Whitey owned car repair and auto body shops and car sales in Belleville and later in East St. Louis, IL.  Hamboli’s Tavern at the foot of the Eads Bridge in East St. Louis may have been his favorite business. Whitey, along with many people enjoyed the beer and Aggie’s delicious lunches. Owner and customers ate hamburgers and listened to country music, both before and after Cardinal Baseball games and had BBQ during the 4th of July celebrations. It was the best place in town to watch the Fair St. Louis air shows and fireworks. He loved talking to everyone and “never knew a stranger”.  Whitey will be missed by his family and many friends.

Condolences may be expressed online to the family at www.kasslyfuneral.com.