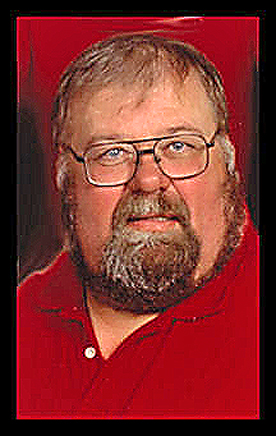 Joe was born on July 29, 1958 in Pinckneyville, IL the son of Stanley and Bernice (Stern) Kurwicki. He was united in marriage to Diana Fehrman on November 7, 1987 at St. Ann’s Catholic Church in Nashville, IL and she survives in his passing.

Joe was employed for 14 years at the Ziegler Central Cleaning Plant in Coulterville, IL, then went on to work at Kaskaskia College as the Media Center Coordinator until 2015. He was a member of St. Ann’s Catholic Church in Nashville, IL. He was also a member of the Kaskaskia College Veterans Tribute and the American Thresherman’s Association.

Joe was a Ford car enthusiast, and he showed his 69 Ford Torino GT Convertible at various car shows around the area. He also enjoyed restoring antique John Deere tractors and was proud to continue his father’s legacy by participating yearly in the American Thresherman’s Associations annual shows in August and October. Joe enjoyed the outdoors, especially deer hunting at his family farm in Oakdale, IL.

Left to mourn his passing is his wife, Diana Kurwicki of Nashville, IL; two daughters, Kourtney Hughey and husband Josh of Ashley, IL and Karli Kurwicki of Saint Louis, MO. Joe was a proud grandfather to two grandsons, Sawyer and Owen Hughey of Ashley, IL. He enjoyed attending Sawyer’s sporting events and spending time with Owen. Joe is also survived by his mother-in-law Barbara Fehrman of Nashville, IL and two sisters Dianna Freebern of Murphysboro, IL and Judy (David) Fiftal of Fayetteville, Pennsylvania, brother-in-law Glenn (Malinda) Fehrman of Ashley, IL; nieces and nephews and other friends and family.

He was preceded in death by his parents and brother-in-law John (Jack) Freebern.

Mass of Christian burial will be held at the St. Ann Catholic Church in Nashville, IL on Tuesday, February 4, 2020 at 10 AM with Fr. Andy Knopik officiating.  Per the wishes of Joe and his family, cremation will be performed after the services and burial of Ashes will be held at a later date.

Friends may call at the Campagna Funeral Home in Nashville, IL on Monday from 5 PM until 8 PM and on Tuesday from 7:30 AM until 9:30 AM.

Should friends desire, mass offerings or memorials may be made to the Jim Beasley Veterans Tribute, St Ann School or the St. Ann Church and will be accepted by the Campagna Funeral Home.