Nashville’s Jaxon Goforth lays it up and in during the Hornets game at Assembly Hall.

After taking care of business in the NIT, the Hornets hit the hardwood after a six day layoff Friday night at Anna-Jonesboro. The two teams squared off earlier in the season at Assembly Hall, and we saw Nashville take the contest 49-28.

The Hornets were able to grab the early five point lead after the first quarter highlighted by two three pointers from Buzz Ritzel. The Hornets struck first in the second quarter on a bucket from Carson Parker which extended the Hornet lead to seven.

The Wildcats, who sit at 10-15 on the season, remained feisty and were able to get the deficit to four. The Hornets responded with a 10-3 run in the last three and half minutes in the half. The late burst gave the Hornets an eleven point, 28 to 17 lead midway through the game.

The third quarter began much like the second one ended, and Nashville was able to extend their lead to twenty-five going into the last eight minutes courtesy of a 16 to 2 scoring run.

The late surge in the second quarter, and the dominance in the third quarter allowed Nashville to cruise to a 51-32 win.

Parker led the team with 26 points on 10 of 12 shooting. Terry Pelczynski and  Ritzel also found their way into double figures as they each finished with 11 apiece. Jaxon Goforth rounded off the scoring for the Hornets with four.

The Hornets had roughly 20 hours to bask in the glory of their road conference win due to the fact the Carlyle Indians would raid Assembly Hall Saturday night. It was a slow start for the Hornets, but they were still able to walk into the second quarter with an 8-7 lead.

The Hornets were clinging to a one point lead before Isaac Turner and Pelczynski knocked down a pair of threes, while Parker tallied two as well. The 8-0 run gave the Hornets their biggest lead of the game at nine.

Carlyle was able to hit a late basket following another Turner three, but the Hornets took a 21 to 14 lead into the locker room.

The third quarter is when Nashville took full control of this contest. They held the Indians to a meer four points and were able to score eighteen.

The scoring output in the third quarter allowed the Hornets to go into the final period with a comfortable nineteen point advantage, and they would eventually hold on to win 54 to 29, collecting their second win in as many days.

The pair of wins puts the Hornets at 22 and 4 on the season. They will continue their season Friday, Feb. 7th as the Sparta Bulldogs are coming to town before heading to Benton on Saturday to take on the Mules of Fairfield in the Rich Herrin Classic. 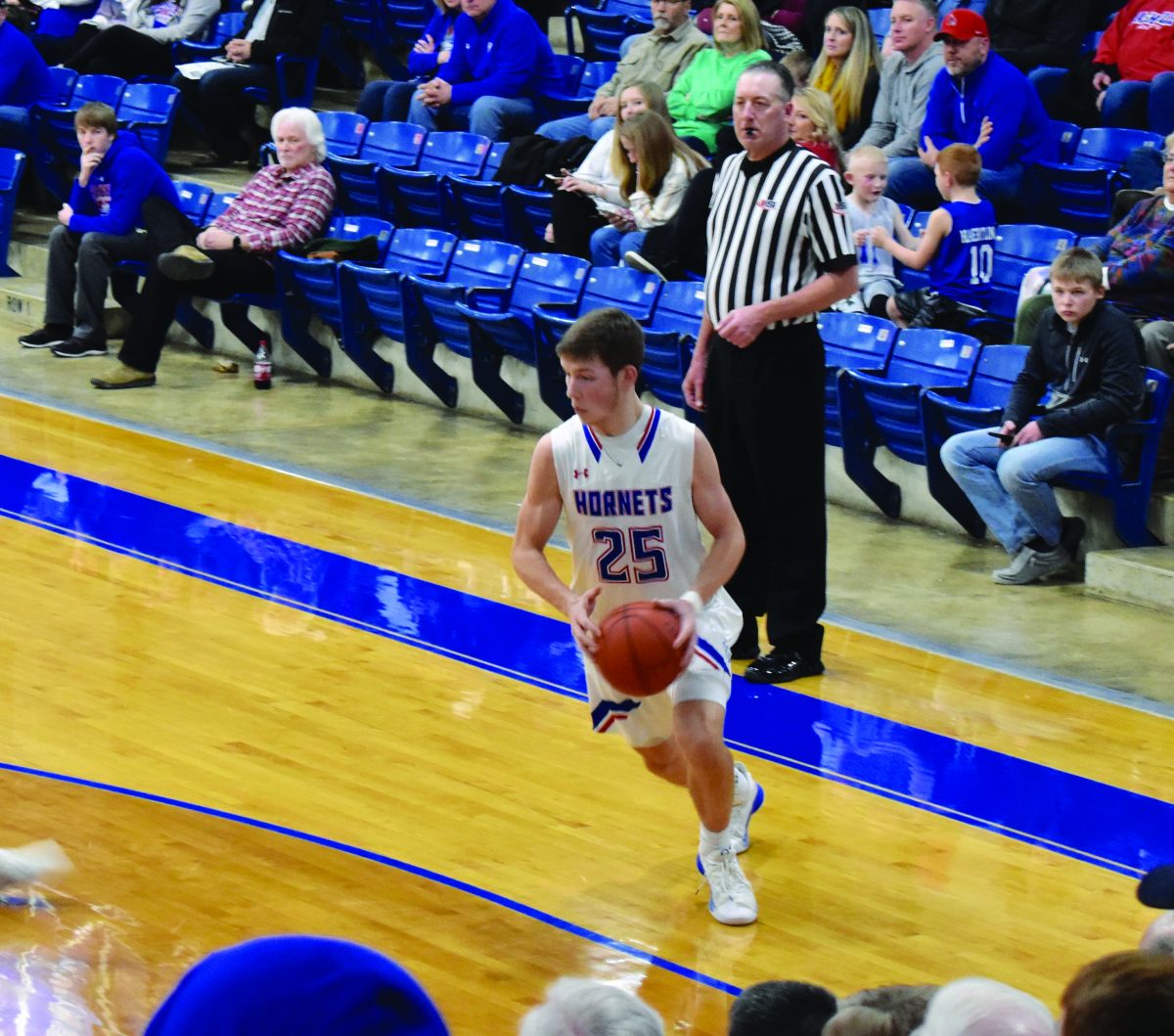 Carson Parker drives the lane during a Hornets game at Assembly Hall. Parker led the Hornets in scoring during both of the team’s wins last week.