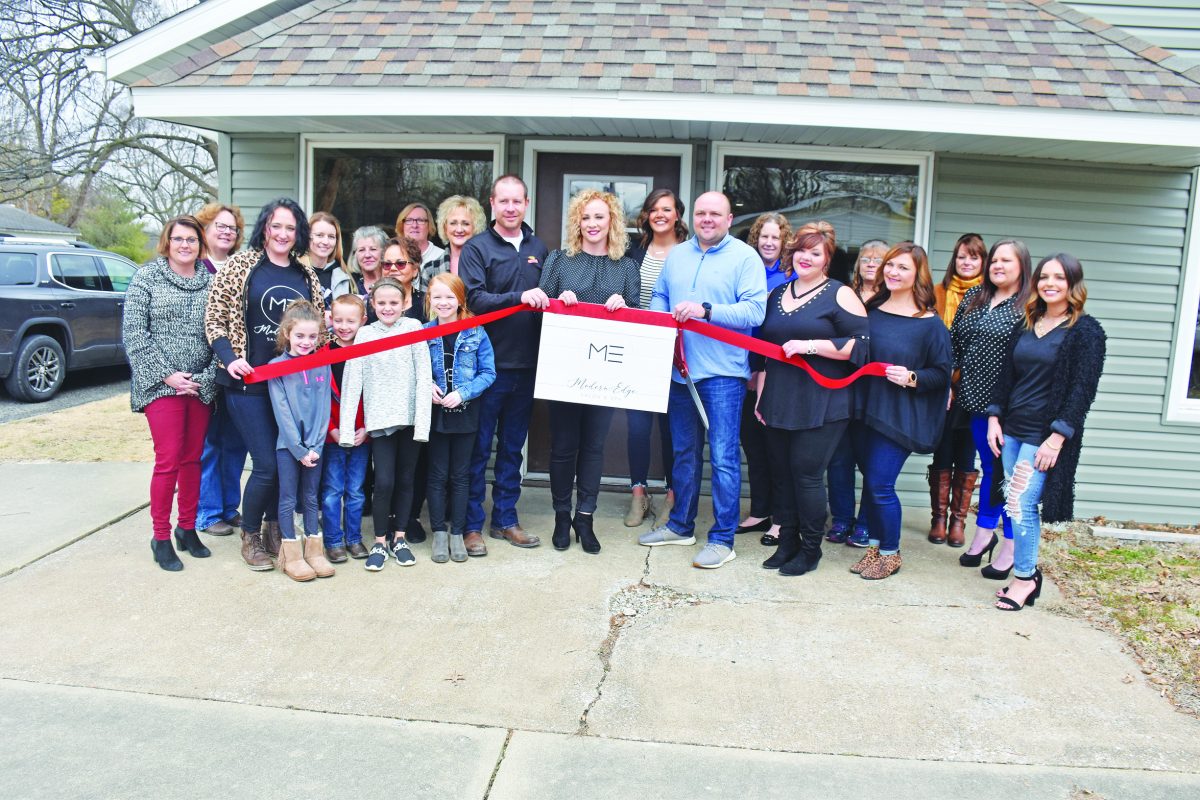 Members from the Nashville Chamber of Commerce pose with owners and employees of the new Modern Edge Salon & Spa, 991 W. St. Louis St, and Mayor Pro-Tiem Josh Fark on Saturday, February 1. during a ribbon cutting ceremony

The Nashville Chamber of Commerce celebrated a ribbon cutting ceremony for the new spa and salon service located on the west side.

Owner Kate Niedbalski said she is a recent graduate in cosmetology, but plans for after graduation began to take shape when she was discussing her future with former Neveah owner Casey Buretz.

“We had communicated since before I left school,” Niedbalski said. “She was looking to sell the business, and I never thought I would have the opportunity to purchase a business here in Nashville.”

“I just had a feeling in my heart that this is what I wanted to do,” she said.

Niedbalski said the business includes a mix of veteran hair dressers and those fresh from cosmetology school who have great ideas for the future.

Niedbalski also said the salon is looking to play up more of the spa end of the business in the future.

Modern Edge Spa & Salon is owned by Niedbalski and her husband Brad. Their children include Gwen and Blake Niedbalski.