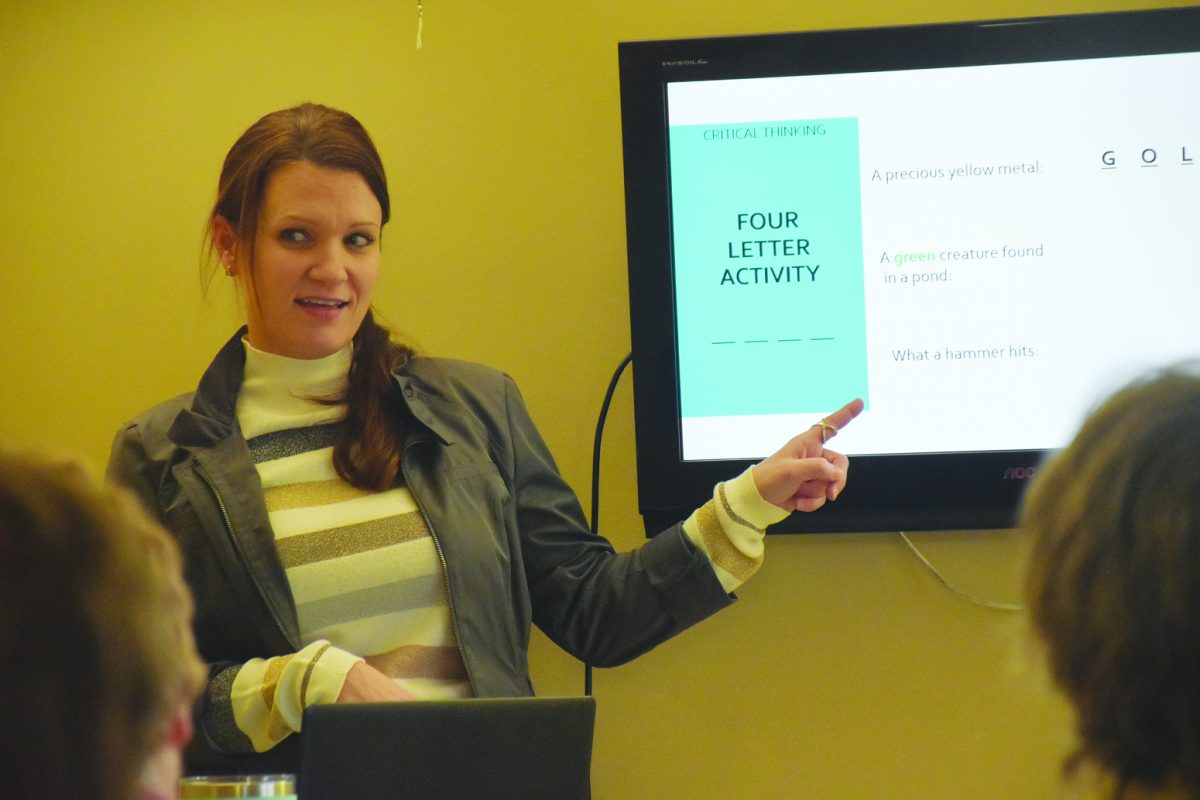 Amy Stevens directs a question during her group therapy session at Friendship Manor on Wednesday.

In the activity room at Friendship Manor, a small group was tasked with working their minds using different call response and questions about names that start with each letter in the word “love,” math  problems and even Elvis.

But what those answers have the potential to unlock even more.

“Just like we have to work on muscles, we also have to work our brains,’ said Amy Stevens, a physician’s assistant from Nashville.

“Research has shown that you can actually increase the number of brain cells and nerve connections that work around the diseased part of the brain,” Stevens said.

Stevens had been working in primary care for more than 15 years and had observed several patients with different forms of dementia. It wasn’t until she was in St. Petersburg, FL, with her grandmother.

“It is in all the research that the treatment is medication and cognitive stimulation therapy,” Stevens said. “The problem in the United States is that we have never had the means as providers to prescribe.”
Stevens said she wanted to bring the therapy to Southern Illinois so that “maybe for once the Midwest” can be at the forefront in the healthcare treatment industry.

“My goal is that I want to get this to as many people as I can,” she said. “If we get busier, then that means we can get more cognitive coaches and we can spread out and do more.”

Stevens provides group sessions at Friendship Manor and is also available for one-on-one sessions. She said she works with her patients when they stumble on a question in hopes of retrieving an original memory.  And to help them work through their mental problem solving process without getting frustrated.

“It’s not a cure by any means but it is a way for them to be more lucid during the day,” she said. “It does help them remember things. I have had patients who say, ‘Oh my gosh, I am remembering things that I thought were lost forever.”

Stevens recalled a 59-year-old patient who had trouble adding two and two during the first session. After a couple of weeks, Stevens asked her what was special about the month of January. She replied that it was her husband’s 60th birthday.

“To be able to do that, it is just so rewarding,” she said.