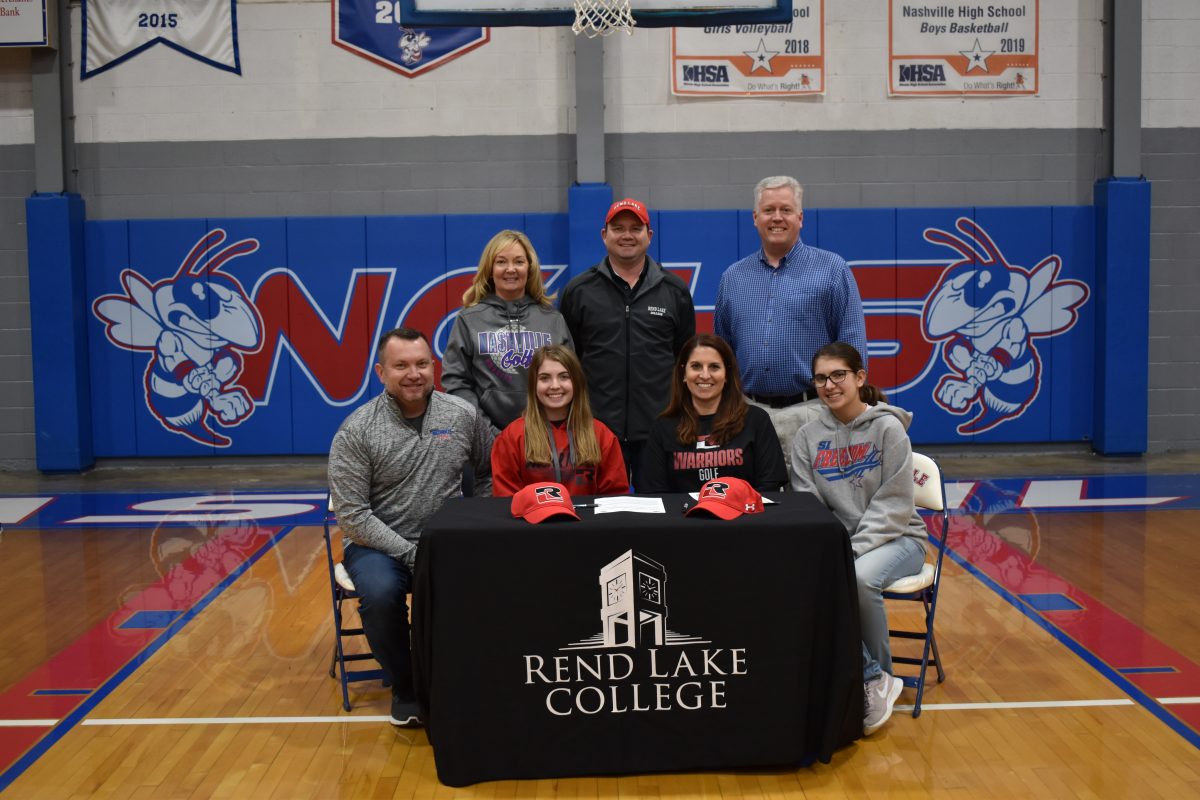 Last Monday, surrounded by her family, coaches of the past, and coaches of the future, Nashville senior Rylee White signed on to play golf at Rend Lake College. White began her varsity career with the Hornettes her sophomore year when the team finished third at state, and was one of two captains for the team this past season.

“Since then, I really relied on her, especially her junior and senior year for team leadership, on and off the course. She’s really been that. She’s been my go to person if I need advice on what the team wants to do. It’s been a joy to watch her get better as the years went along. Now she’s worthy of playing at this level. I’m really happy for her,” said Hornette Golf Head Coach Doug Kell.

James Gray, Rend Lake College’s Head Coach, said he became interested in Rylee after watching her compete in the sectionals.

“She was very controlled and not nervous. She hit the ball very straight which is always pleasant. She keeps it in play, gets up and down really well.”

Both Kell and Gray both harped on her professionalism.

“If you’ve talked to anybody that’s been around her, they say she has a level of professionalism not seen by many her age so that’s definitely what we’re looking for here at Rend Lake. She’s an excellent student. She’s definitely going to bring a strong work ethic to our team,” Gray said.

Gray also added how they will be replacing five out of their six golfers, and how important it is to bring someone aboard with leadership skills like those White possesses.

For White the idea of going somewhere small and local is what led her to choose Rend Lake.

“Something about the environment on campus, I liked it a lot. I talked to him (James Gray) about there and got really excited about it and decided that’s what I wanted to do,” White said.

White says the experiences that she is looking forward to the most are getting to know her new teammates and sharing new bonds with them. White, Coach Kell, and Coach Grey all say her best attribute going forward will be her short game.