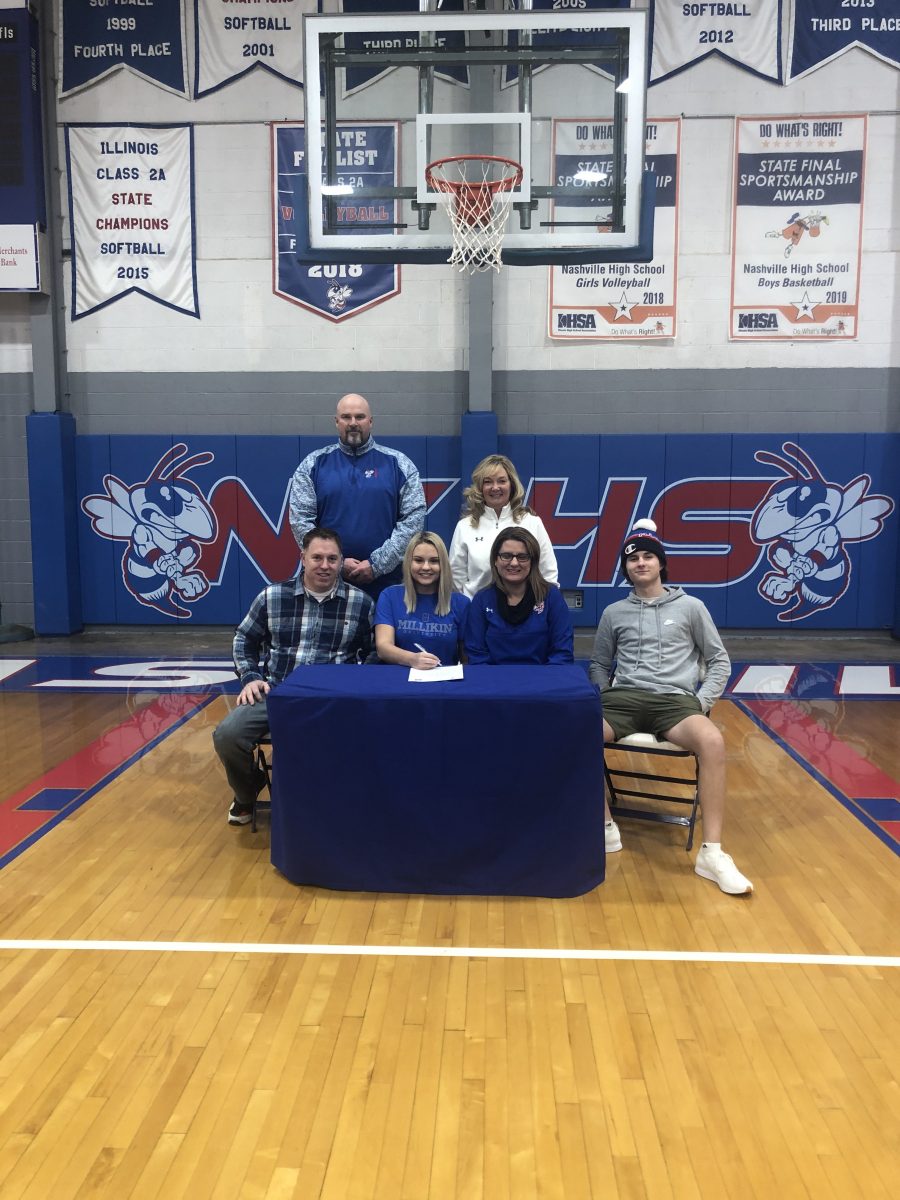 On Wednesday evening, the Assembly Hall was the setting for another signing. This time, it was Nashville swimmer, Ana Hamilton, who signed on to swim at Millikin University in the fall of 2020. Hamilton kept it brief, but she was able to use one word to summarize her excitement, “Wow.” Hamilton began her swimming career fourteen years ago, as she participated in the Nashville park league before eventually taking place in USA Swim. Ana gives a lot of accolades to her mentor and long-time coach Howard Harris as “not only is he an outstanding coach but a life coach and mentor.” The swimming bloodline runs deep in the Hamilton’s family. Ana’s great grandmother was a German National swimmer during World War II. The fourteen-year veteran swimmer is most impressed with the student-athlete aspect of attending Milliken. She described the swimming program as one who “puts education first and is willing to work around sports.” While Hamilton admits her greatest challenge going into the next level will be the weight training, she is looking forward to different and fun experiences in route to pursuing her dream. From a student standpoint, Hamilton is enrolled in pre-med classes and will pursue a career within in the health-sciences related field.