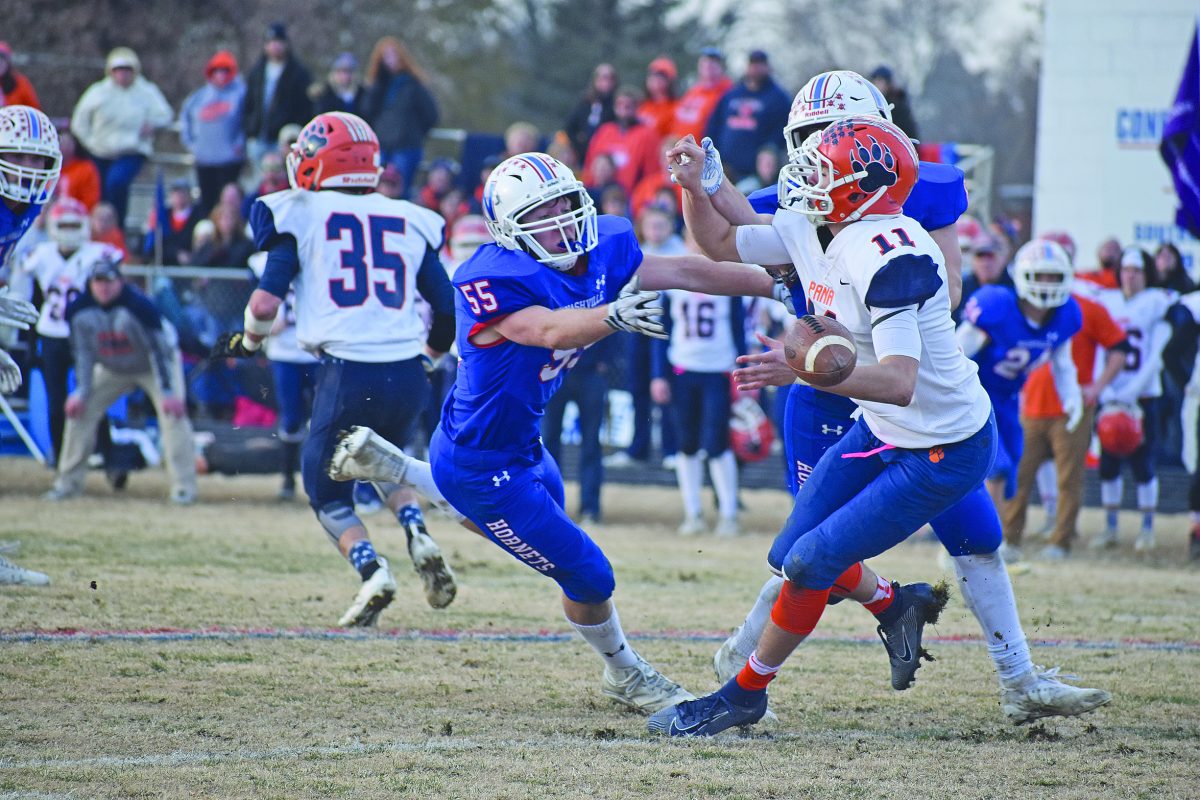 The Hornets accomplished many accolades during their State-Runner Up season, and those accolades are still flowing in.  Head Coach Stephen Kozuszek was named Small School Coach of the Year along with Mater Dei’s Jim Stiebel. Justin Aulds was named Defensive Player of the Year, finishing the season with 144 tackles and 3.5 sacks. Junior Cole Malawy made first team offense, finishing the season with 34 TD’s to 13 INTs for 3,106 yards on 215 for 335 passing. Sophomore Isaac Turner made it as a receiver, finishing the year with 58 receptions for 958 yards and 9 touchdowns.

Neil Kabat continued the Nashville heavy lineup and made All Area offensive line along with Junior Rhyker Reese. Gavin Baldwin made the team on the defensive end, finishing the season with 88 tackles and three sacks. Isaac Turner also made it as a defensive back, tallying 33 tackles and seven interceptions.