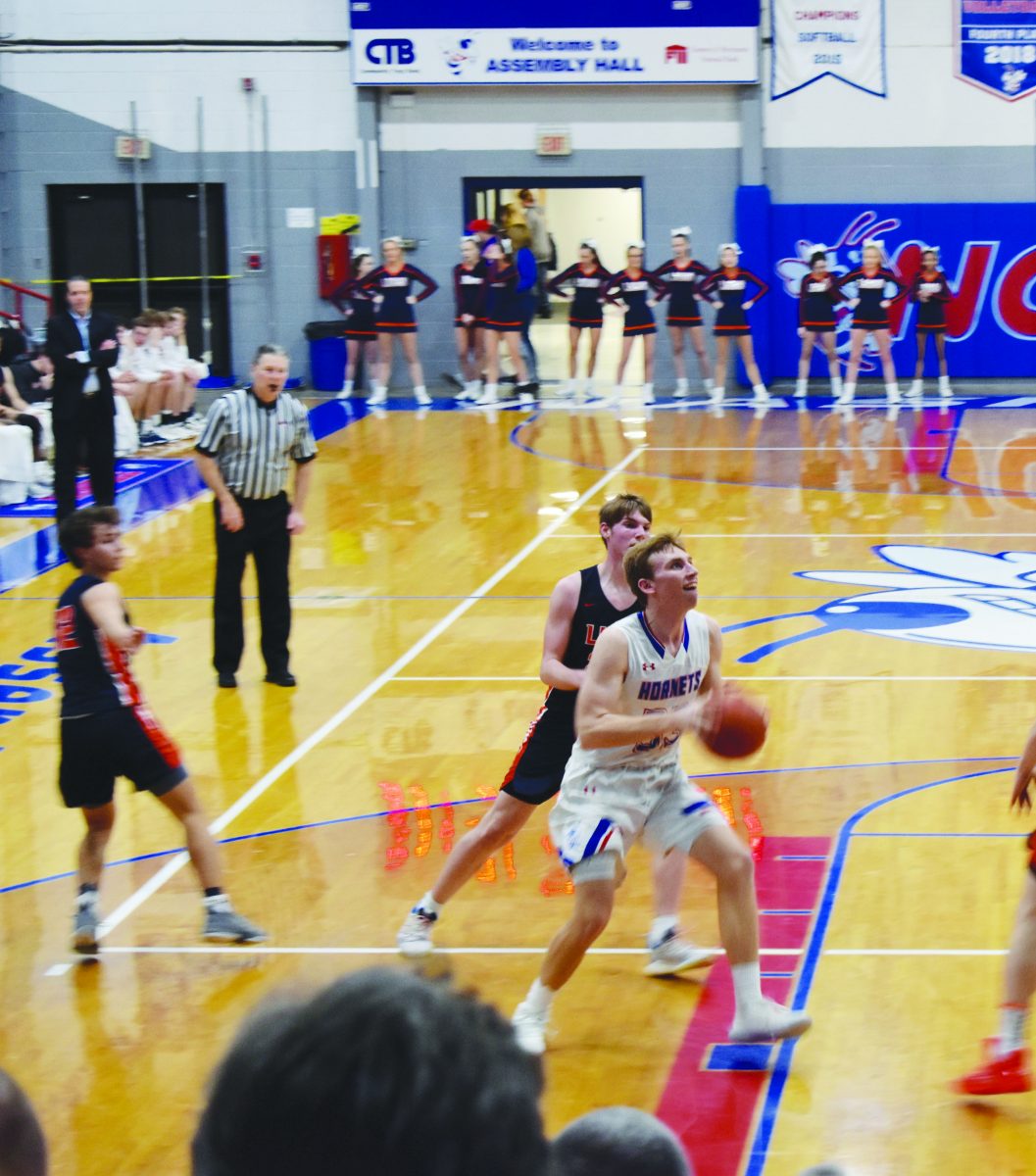 Terry Pelczynski drives the lane in Friday’s win against Carterville.