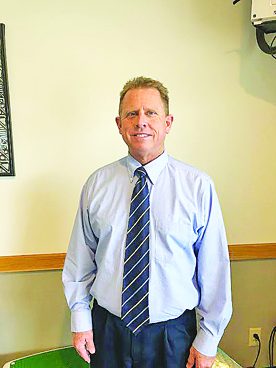 Rodney Small has been appointed as the newest member of the Washington County Board, per a vote by the governing body this past week.

Small takes the place formerly held by Leticia Lueking, who resigned in January after informing the board that she had moved out of the county.

Small is a chiropractor who owns Access Health, which is located at 1527 S. Mill St. in Nashville. He has been working in the city for 32 years.

Small has also been a deputy coroner for the county for more than 4 years. He had to resign that position to become a member of the county board.

Small said he is looking forward to getting to know how the board operates and how he may be able to contribute to the governing body in the future.

“I think the county board is doing a good job,” Small said. “I look around at other counties, and Washington County is certainly in a lot better financial shape than the others.”

Small said his position as deputy coroner allowed him to gain perspective on some of the county offices, particularly the sheriff’s office, the ambulance services and the various fire protection districts throughout Washington County.

“I have always been impressed with all of them,” he said. “It’s amazing to watch the different volunteer departments and their professionalism… It takes a special person to do that.”

Small’s position is for a two year term, which is up for reelection this November.

Small had previously served on the Logan University Board for 8 years and the Alumni Board for 15 yearrs.

He said he is not afraid to voice his opinion and is intersted in learning more about the county.

“You may not hear much from me at first because there is a big learning curve, and I don’t want to speak without knowing,” he said.