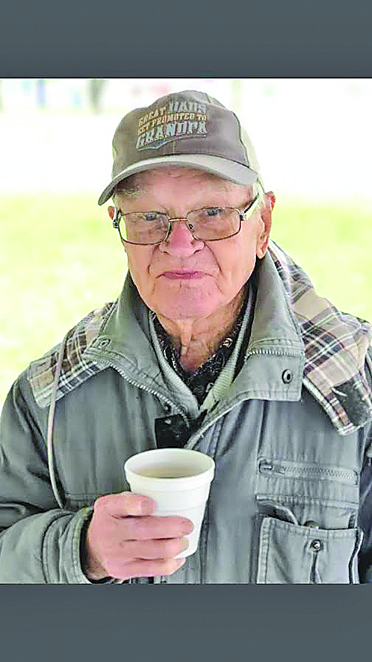 A passion project meant to preserve personalized war experiences is something that one veteran says he feels a duty to help future generations learn about their loved ones who had served.

“I know nothing,” said John M. Froidl of Fenton, MO. “Because I knew nothing, I wanted to get the world out.”

Froidl said he began creating what he calls “medal pictures” as a way to honor some of his fellow soldiers he served with in Vietnam. His latest project will feature his brother-in-law, the late Lester H. Jones of Nashville.

“I wanted it to be so that when I’m gone they’ll be able to share it with their children,” he said.

Froidl said he grew up in a military family, with his grandfather serving in World War 1, two uncles in World War II and his father served in St. Louis during the Korean War era. He said one of his uncles also fought in the Battle of the Bulge.

Froidl said his first project depicted “The Way We Were in Vietnam,” a detailed account with multiple photo selections in the 199th Light Infantry Brigade. Through submissions, Froidl was able to compile 246 photo album pages that showed what life was like in Vietnam from 1966 to 1970.

Lester Jones was an Army tank gunner who served in Korea in 1952, and his medal picture summarizes some of his experiences as staff sergeant with the Charlie Company 245th Tank Battalion. There are photos of his various medals, overseas bars as well as photos from his time in service.

He was also associated with the Thunderbirds, and Froidl recalled one memory that Jones was mentioned in Stars and Stripes as one of the top tank gunners in the army. He said one of the stories that Jones told him was like a scene he had seen in a film.

“He said he was in the front line with the tanks, and the Chinese were coming,” Froidl said. “There was a trumpeter who went down there and blew the Chinese retreat song, and they retreated.”

Froidl said the way Lester Jones told the story, the Chinese army could have overrun the US army if it had not been for that bit of luck.

Lester Jones died in December 2019. Froidl said he continues to work on finishing Lester’s story, adding in anecdotes about how he met his wife Imogene, how they proposed and other sidebar stories of how he was always handy and taught himself how to do many projects.

Froidl added that he wanted to do this not just because Lester was family, but because he wanted his story to be told.

“By doing this – his story and my story – (it shows that) you are never gone if someone remembers you,” Froidl said.

Because Lester Jones proudly served his country, his family believes he would have enjoyed seeing his story come together in a medal book form.

“I think that he would be proud,” Imogene Jones said. “He would have liked it.” 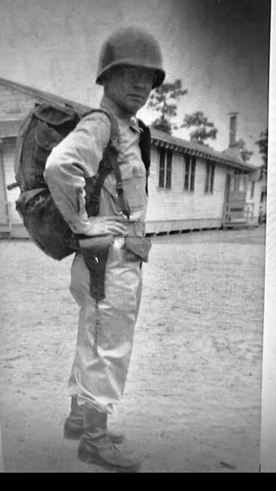 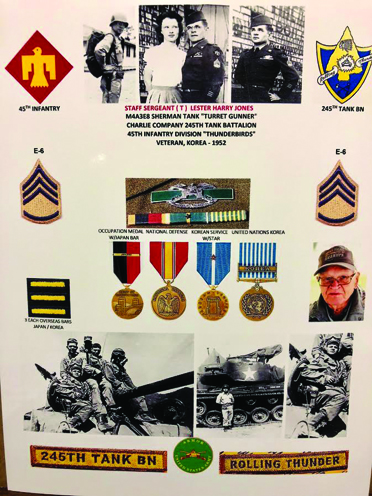