A stolen truck from Missouri rammed into a fence at a Nashville dealership early Monday morning to steal three motorcycles.

Authorities are looking into the theft at Holzhauer’s Auto and Motorsports, 17933 Holzhauer Automall Dr., after the vehicle crashed on the property shortly after midnight. Surveillance video revealed the unknown suspects left with the bikes heading north on State Route 127.

According to police, similar incidents have been reported at other dealerships in the St. Louis area. The white Dodge Ram used in the crash was taken from Hillsboro, MO, which is located south of St. Louis.

Nashville Police Chief Brian Fletcher said the Illinois State Police is assisting in the investigation and added that a person of interest is being contacted. The Nashville police is also working with other outside agencies, where similar stolen vehicle reports at dealerships have occurred.

Fletcher said the investigation is ongoing. Anyone with any information can contact the Nashville Police Department at (618) 327-8232. 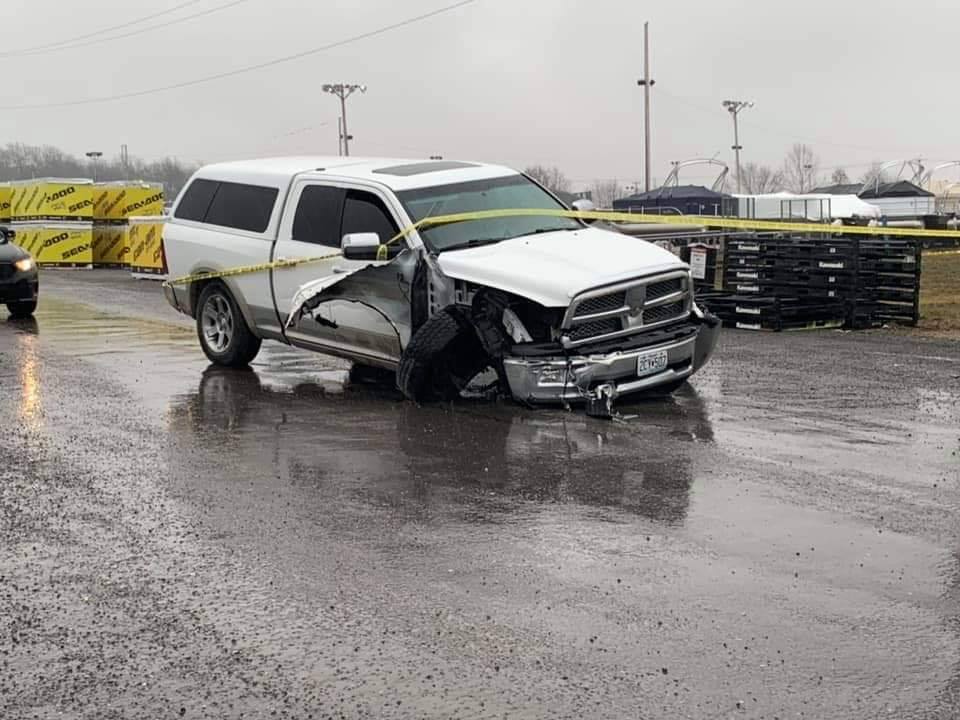 Photo from the wreck at Holzhauer’s. Photo first published on Metro East Crime on Facebook.

Here is a video also posted on Metro East Crime’s Facebook page. Viewer discretion is advised due to explicit language.